This dual SIM version of the Snapdragon 800 Galaxy Note 3 has been spotted testing for China Unicom’s WCDMA 3G network.

Chinese phablet buyers are going to have 4 versions of the Samsung Galaxy Note 3 to choose from, but it’s the version you see in these photos which will most likely be the choice of many.

Spotted during testing for use on China Unicom’s 3G network is this dual SIM Galaxy Note 3 powered by a 2.2Ghz Snapdragon MSM8974, aka Snapdragon 800, processor. The device also has almost 2.5GB RAM, and runs Android 4.3 Jelly Bean. 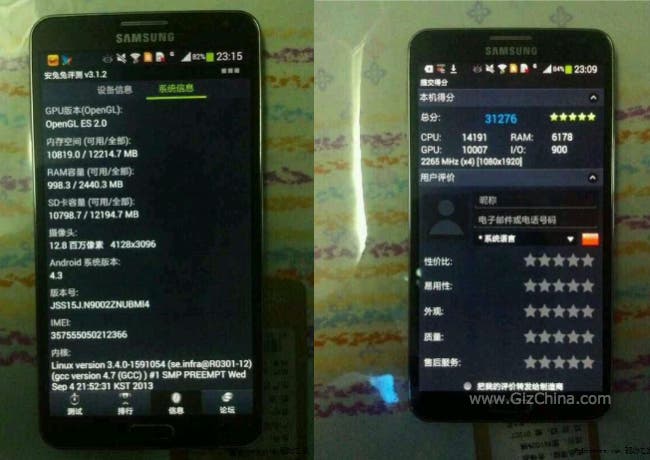 Whoever has their hands on the yet to be released phone has been bold enough to take these photos and even run Antutu where it scored 31,276 points!

Next Clone wars: HTC One Vs. the Mlais MX59 HTC One clone!