Mlais have released early hands on photos with the new Mlais MX59 Android phone, quite possibly the ultimate HTC One Knock-off!

Knock off phones aren’t really our thing, but there are times when a Chinese phone maker does such a great job of cloning a popular phone that we can’t help but be impressed. This HTC One clone from Mlais represents such an instance!

Named the Mlais MX59 this HTC One clone boasts the same slender, silver body as the real flagship HTC One smartphone. Front facing speakers, a larger display and alloy finish are all present, the only detail Mlais have left out is the HTC logo which they have replaced with their own. 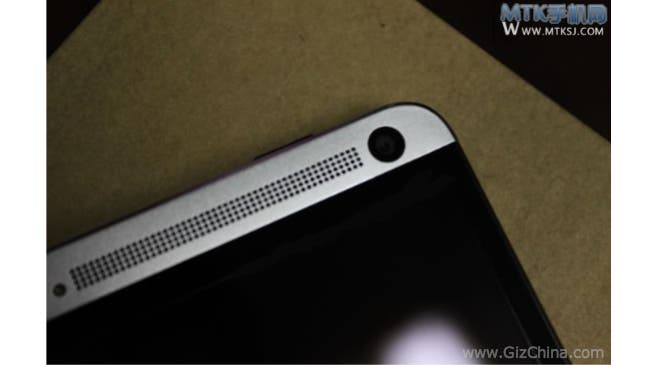 HTC One vs Mlais MX59

A release date or pricing details haven’t been announced, but we expect this knock-off to go on sale for around 1700 Yuan here in China ($277)