Chinese phone maker Nu.1 have released full details of their N3, a phablet which looks remarkably like the latest Samsung Galaxy Note 3!

We have seen the N3 in a number of spy photos, but this is the first time we have had the full N3 specifications to browse over. Being a lower cost model No.1 have opted for a quad-core MT6589 Mediatek chip in their version of the Note, something which Samsung have also opted to do with future phones. The N3 also comes with either 1GB-2GB RAM, up to 32GB memory, 13 mega-pixel F2.2 rear camera, NFC and more. 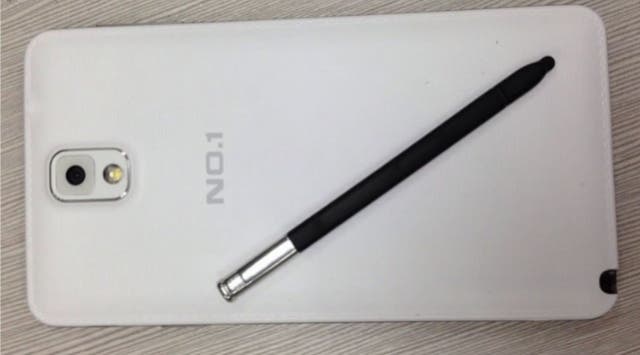 The small 2800mAh battery is the only real grey area we can see in the N3, but it being a removable unit and the phone packing features such as dual SIM support, OTG, MHL and costing significantly less we expect the phablet to ship well.

No.1 phones have managed to be popular with international Chinese phone fans, however they also seem to manage to keep supply steady making it one of the simpler phone brands to get your hands on.

Pricing hasn’t been announced but we hope the base version with 1GB RAM and 8GB memory will go on sale for around 1399 Yuan where as the top-of-the-range model should be around 1699 Yuan.

Previous Tegra 4 Xiaomi Mi3 will go on sale 15th October, Snapdragon 800 version not in production yet

Next Xiaomi Mi3 or JiaYu S1? Which is the better buy?