A test device running a yet unreleased variant of the Snapdragon 800 was recently spotted in the wild. Going by a Qualcomm roadmap which got leaked earlier this year, this mystery chipset could well be the APQ8084, which is said to have the Adreno 420 GPU!

The test device, running Android v4.3, shows the upcoming chipset running at 2.5GHz along with the lastest-gen Adreno GPU – the Adreno 420. The GPU is expected to operate at 500MHz and have a 10% faster pixel fill rate than the current Adreno 330. 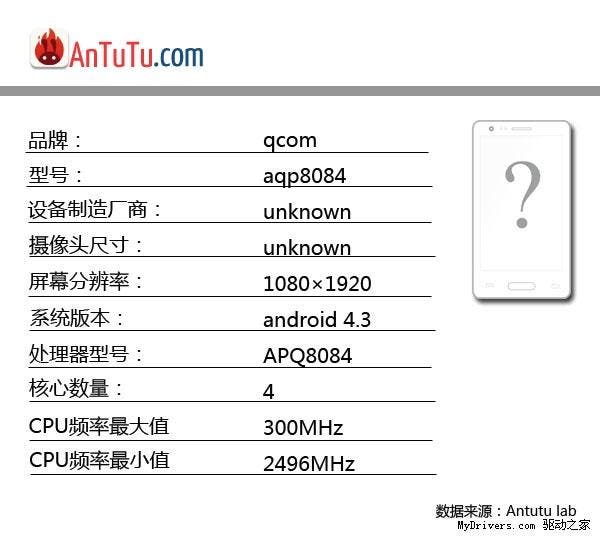 On the whole, the chispet is expected to feature some cutting-edge technology like support for DirectX11 and WebGL2.0, hardware decoding for the H.265 standard as well as support for 4K playback. However, as exciting as it sounds, we’re pretty sure it’ll not be any sooner than mid-2014 that you start seeing devices based on the APQ8084 in the market.

Next The MIUI Bible will clear your MIUI-related doubts!