On a recent trip to Shenzhen we managed to get an early look at a non-functioning prototype of the JiaYu S2 (and even a sneak photo). However, someone has beaten us at getting their hands on a working model!

The photo here shows the front of the JiaYu S2, a 5-inch 1920 x 1080 FHD phone powered by an 8-core MT6592 processor. JiaYu have filled in a few of the specification blanks and say the phone will feature up to 2GB RAM, 32GB memory, 8 mega-pixel front camera, 13 mega-pixel rear and support for MHL and OTG. 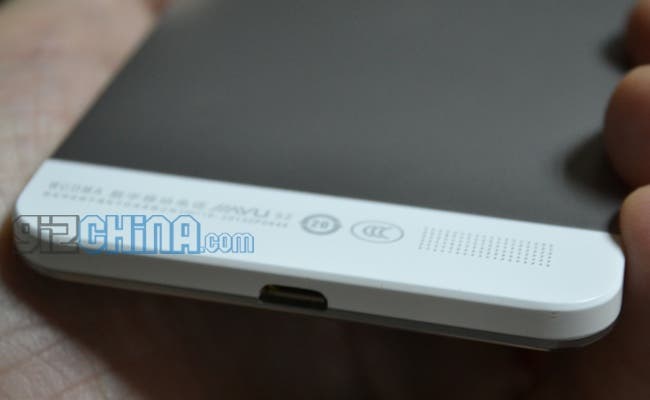 What this photo doesn’t show, and what we experienced first hand is the Vivo inspired ultra-thin body measuring in at around 6mm. Narrow 1.7mm bezels also help keep the phone to a manageable 67.5mm wide.

Other details we noticed with our hands on time with the phone was the one piece body (so a non replaceable battery) and room for just a single SIM and micro SD card which are both accsessed by their own separate trays. I even asked if it was possible to make one tray longer to accept dual-sim support but they rejected the idea.

The 8-core JiaYu S2 is an exciting phone, but it strikes us as strange (again) that they would leak this phone before the S1 has launched, and that for an ’S’series phone it uses a Mediatek chip where as the S1 has a Qualcomm unit!

Next Video: Unboxing and hands on with JiaYu G5 2GB RAM and 3000mAh battery option!