JiaYu’s stainless steel JiaYu G5 arrived on my desk this morning and I have wasted no time recording an unboxing and hands on with the phone, plus it’s 3000mAh battery option!

JiaYu sent us the flagship version of the JiaYu G5 with 2GB RAM and 32GB of memory to review, and they also included the optional 3000mAh battery and compatible stainless steel battery cover to take a look at too (seen in the hands on video below). 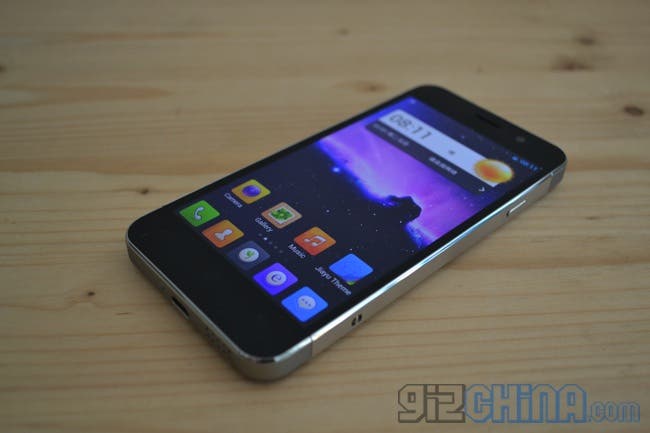 The JiaYu G5 is a stainless steel bodied phone based around an iPhone style design. Although measuring in at 130 × 63.5 × 7.9mm (not much larger than the 4-inch iPhone 5) the JiaYu G5 has a bigger 4.5-inch 720p display with Gorilla Glass 2 protection.

The rear of the phone houses a 13 mega-pixel Sony sensor, LED flash and has a stainless steel battery compartment cover which is removed by operating a neat switch on the right side of the phone. 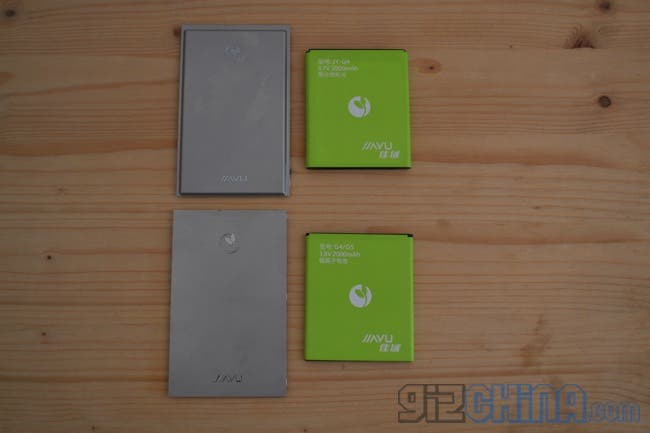 We were sent an optional 3000mAh battery and battery cover with the G5, but usually it comes with a 2000mAh battery as standard. The battery compartment also gives you access to the dual-SIM and Micro SD card areas. 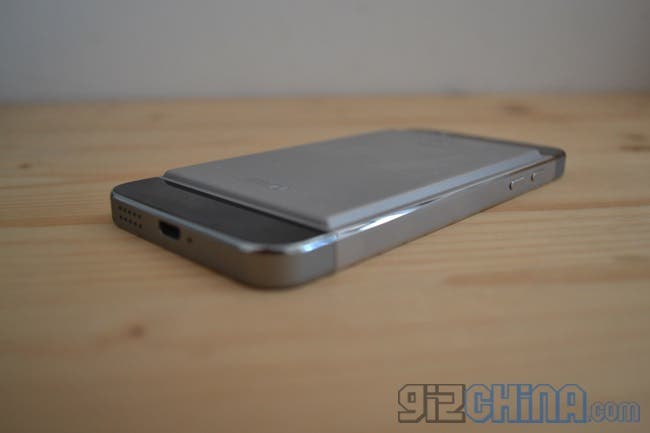 Volume controls are on the left, micro USB and speaker in the base and 3.5mm headphone jack at the top.

Unlike early version of the JiaYu G4, the G5 has got back lit capitative buttons (seen in the hands on video below). 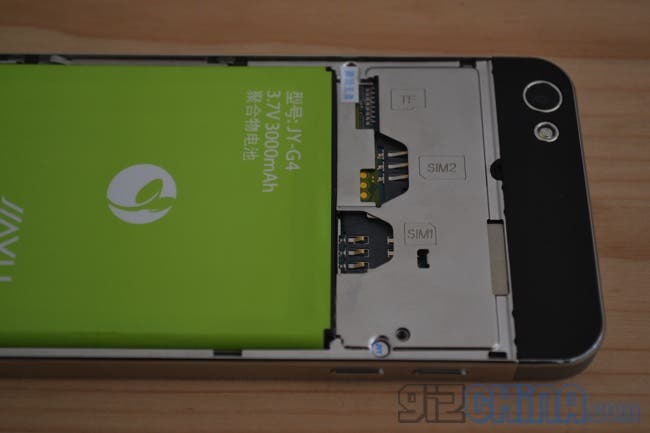 We will perform a full hands on review of the JiaYu G5 and get it posted in a week or so. However, I believe that anyone who has already ordered the G5 is going to be seriously impressed!

[templatic_button link=”https://www.gizchina.com/jiayu-g5-full-specifications/” size=”large” type=”primary”] Do you have a JiaYu G5? Make a short review here! [/templatic_button]

It is easily one of the best made Chinese phones on the market today and with the same specs as the JiaYu G4 Advanced it is sure to perform excellently!

Previous JiaYu lets the 8-core JiaYu S2 out of the bag!