JiaYu’s range of phones already covers most bases, but the one thing they are lacking is a phablet device, one just like this JiaYu G6!

Earlier this year JiaYu held fan event where they had a number of upcoming phones on show including the recently launched JiaYu G5 and Snapdragon 600 equipped JiaYu S1. Also there was the large screen JiaYu G6, but since then the big screen phone had disappeared without trace. 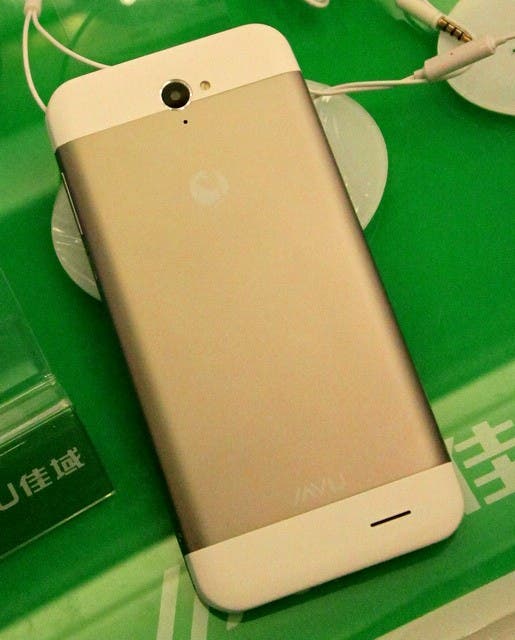 So is the JiaYu G6 still going in to production? What will the spec be and at what price? Well this on online store seems to have the answers as they have posted specifications for the G6 which included a 5.7-inch 1080 display, 2GB RAM, 32GB memory, dual-SIM and quad-core MT6589T processor! We’re not sure how accurate these specs are or even if the phone will launch, but if/when it does the advertised price of $279.90 seems ok to us!

Previous Gionee Elife E7 launches today, what can we expect?