Google’s Android Play store now has over 1 million apps to choose from, but there are only so many we can try, and even fewer which we will use on a regular basis. What are the top 5 Android apps you use?

What are the top 5 apps you use on your Android phone?

No matter if you have one of the latest cell phones or you are using an Android phone from years ago, chances are you have a number of ‘go to’ applications with various uses which suit your use and needs.

In this open thread we would like to hear what some of your favourite Android applications are so others can discover apps that perhaps they would never of thought of, of find apps they can use in ways they didn’t think were possible. I’m sure that many of us are going to have similar apps (social network apps, news apps etc) but there are going to be a few surprising ones which you might want to try.

As is the tradition with the GizChina open thread articles, I will go first and list my top 5 Android apps which I have on my phone and use most often. 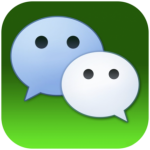 In China WeChat is the way everyone with a smartphone communicates, and it is catching on internationally also and for good reason. WeChat is similar to Whasapp, in that you can send written messages, voice messages and photos to your friends over 2G, 3G or Wi-Fi (Wi-Fi being free).

In addition to regular messaging WeChat can be connected to a QQ account (Asia’s equivalent of Microsoft Messenger) and has a ‘moments’ feature where you can post photos and messages to share with your contacts. There is also a groups options allowing you have a number of friends in a chat to organise events etc.

Since the launch of WeChat everyone has ditched SMS messaging in favour of it! 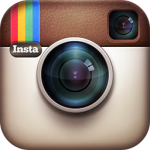 I think Instagram is going to be on a lot of your lists. It is a great way to share photos with friends and family and also meed people with the same interests as your own. In China it has the added benefit of being able to update your Facebook without the need to use a VPN or proxy! 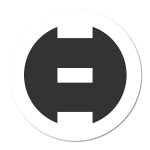 There are times that I need to get on sites such as Facebook and Youtube on my phone but as they are blocked in China a VPN is a must. I have the Ladder Trial app on my phone which offers you 7 minutes of VPN access (more than enough for me to have a quick browse through Facebook), and once the 7 minutes is up you can just start another 7 minutes. You can also pay to have a constant connection, but for that I have OpenVPN, but the UI on Ladder and speed of connection is much better. 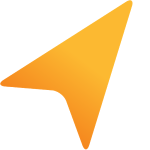 I have used Google’s My Tracks application since it launched as an experiment some years ago. I use My Tracks when mountain biking or jogging to log the distance, speed and keep a record of any new places to ride for future reference. My Tracks also connects to your Google Drive now allowing you to easily open tracks from your computer too.

Although I have Google Now on my phone I find it unreliable and very slow to use, plus I don’t like the fact I cannot ask it to do things such as open an app, etc. Maluuba is a free app which I think offers much more than Google Now, and is more akin to Siri on iOS. Speech recognition is spot on with very few mistakes, and the ability to open apps, send messages, and set reminds is all very good. The only downside is that Maluuba doesn’t speak answers, but hopefully this will come in future updates.

What are your top Android apps?

Now it is over to you guys, what are your top apps (don’t worry if you have more or less than 5 we still want to hear) how do you use the apps and how do they compare to their rivals? Let’s see what interesting Android applications we can uncover in the comments section below!