HTC generally use Qualcomm processors for their mid/high-end smartphones, but could be headed to Mediatek for some of their newer devices. Industry analysts in China believe that the Taiwanese phone maker will launch octacore phones using Mediatek processors. 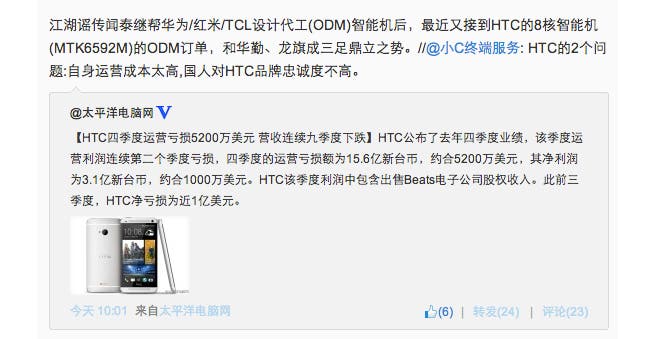 It is believed that entry-level and mid-range octacore HTC phones will use MT6592 and MT6592M (M is a low level version of the chip) Mediatek processors. These phones will likely only be on sale officially in China and will go up against the Huawei 3X and 2nd generation Xiaomi Hongmi.

Previous Rockchip 4G LTE will go on show at CES