Jack Wong is well known on the official Meizu forums for generally speaking out against rivals, straight talking and of course leaking details of his companies latest smartphones! According to JW, Meizu are currently developing the Meizu MX 4G mini, obviously we can deduce that the new phone with feature 4G LTE connectivity and the ‘mini’ part of the name suggesting it will be smaller than the regular (unreleased) Meizu MX4. This last part is interesting as the MX4 Mini will apparently measure no less than 5-inch, so just how big will the full size MX4 be? 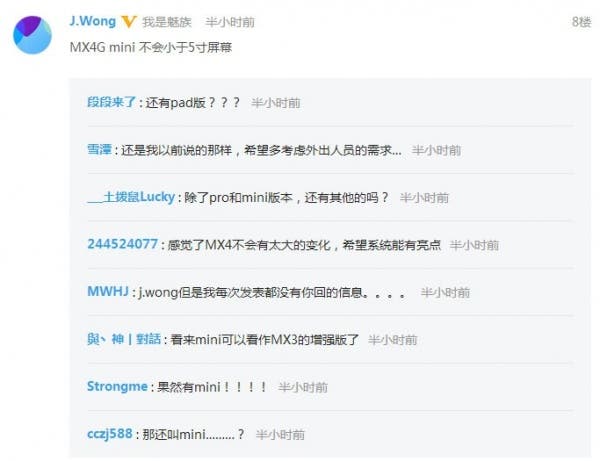 Next month Meizu will release the MX3 in Europe, U.S customers can look forward to receiving the MX4 in Q3 this year, no details of when the MX4 Mini will arrive.

Next The first phone to run China’s COS is leaked, features all metal chassis