Chinese OEM phone maker, Infocus have a few new phones in the works, the most exciting being the Infocus IN810 which boats a Snapdragon 600 CPU, 4G LTE and SD memory expansion.

While browsing through the various OEM phones available, I came across the Infocust IN810 which packs some rather interesting features highlights from a phone manufacturing by a tier 2 company.

In the world of Chinese phones we are used to seeing Mediatek devices with the odd few highend Qualcomm phones seeping though here and there, so it makes a nice change for a smaller phone company to take the bull by the horns and throw a 1.7Ghz Snapdragon 600 CPU in to their latest phone. 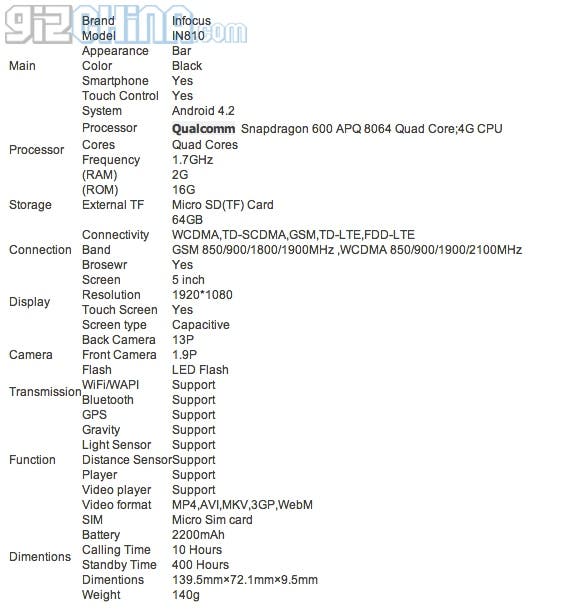 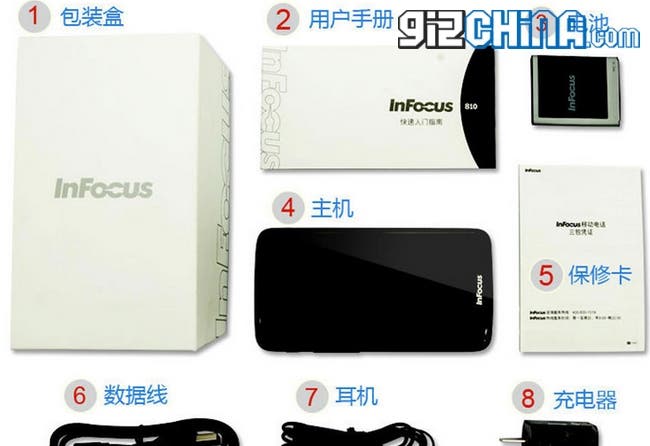 Infocus are currently looking for OEM partners for the phone, so pricing and a launch date are still up in the air.

Next The Smart NaMo Saffron Wave is another OPPO N1 knock-off!