It’s been rotating cameras galore for folks in India. First the Gionee Elife E7 Mini, then the OPPO N1, and now, the Smart NaMo Saffron Wave!

As you can quite clearly make out from the pictures posted, the Saffron Wave idolizes the OPPO N1 in as many manners as possible. Being a little more frank, the device is basically a complete OPPO N1 knock-off. Much like the T908 smartphone we discussed two days back, the Saffron Wave is a device with the same OPPO N1 design but in a smaller avatar. 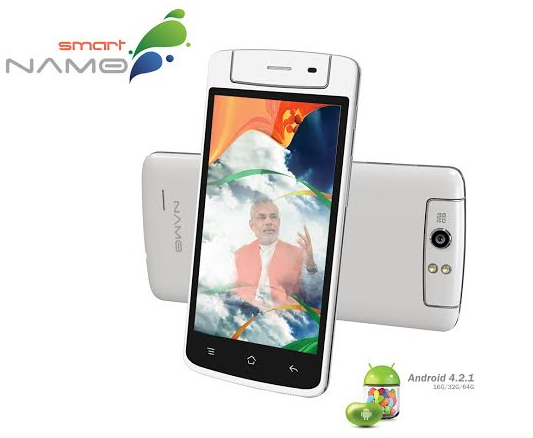 As you would expect, the device doesn’t nearly match the OPPO N1 on the specs sheet. Instead of the 1.7GHz Snapdragon 600, the Saffron Wave comes with the quad-core MT6582 clocked @1.3GHz. Also, the screen on this one measures only 5 inches, with a 720p HD resolution unlike the 5.9-inch full HD on the N1. Like other MT6582 phones going around, the Saffron Wave boots Android v4.2 out of the box. Quite obviously, highlight of the Saffron Wave is the rotating camera. However, there’s only an 8 mega-pixel unit here which we think would be a far cry from the 13 mega-pixel on the N1. 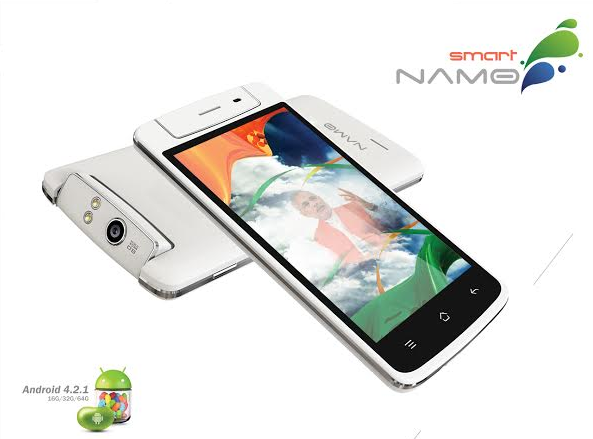 Details on battery, pricing and availability are yet to surface, but we aren’t too excited about this one.