I don’t know how accurate this render of the Pulid F19+ is, but the bezels look very thin for an octacore phone costing just $242.

The Pulid F19+ is another of the new breed of ‘stylish’ Chinese phones which attempt to be good looking, great performers with a thin body. Pulid haven’t gone to quite the same extremes as other manufactures as the F19+ measures 7.85mm, still a good 2+mm more than the Gionee Elife S5.5, and that extra couple of mm means the additional of NFC. 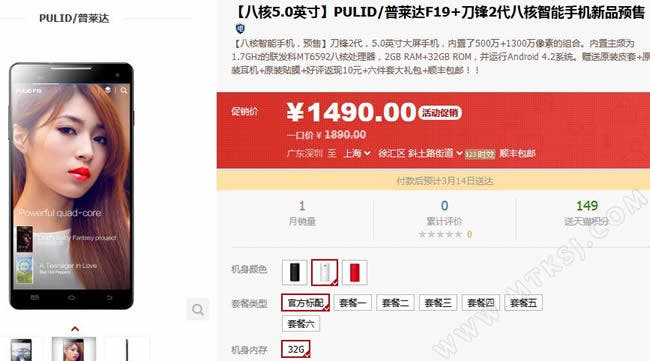 Both the Pulid F19+ and JiaYu S2 look like great octacore smartphones, but which would you choose?

Next JiaYu S2 gets stacked up against the iPhone 5 in a set of pictures!