Many have suffered due to lack of storage on their Android smartphone which lacks storage expansion features. However, this nifty little tool aims to solve this crisis and doesn’t cost much!

While there are many who use USB drives and other storage equipment on their OTG enabled smartphone to expand storage, it isn’t nearly as convenient as a microSD card that hides beneath the phone itself. Not that the Leef Access is as convenient as the microSD, but it sure is a hell lot more handy when you compare it to USB drives and portable HDDs. 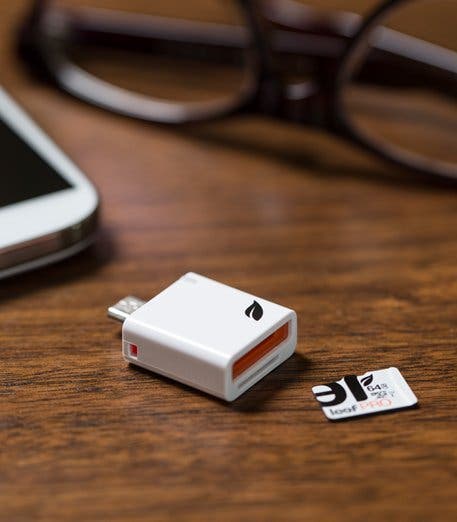 The Leef Access is basically a microSD card reader that has a micro USB port which lets you attach it to your OTG smartphone without requiring any additional cables/adapters. You can then plug in a microSD card with required capacity, and voilà: you have (sort of) a microSD enabled smartphone to store your favourite movies and sitcoms on.

Devices such as the Nexus 5, HTC One (M7), etc. among others, which lack microSD expansion are prime candidates for use with this handy tool. The Leef Access can be bought for $9.99 at 2Leef.com, but it looks like the device is out of stock at the moment.

Previous iOcean X8 will only be available for the international market!

Huawei excluded from the SD Association: no more microSD