It’s no secret that iOcean are preparing to launch their first iOcean X8 phablet, in fact it is one of the most hotly aniticipated phones of the year! A launch if just around the corner so of course spy photos are turning up on a more frequent basis.

iOcean have been coy with the iOcean X8 phablet. They have released publically the overall look of the phone and some of the major highlights including the 5.7-inch 1920 x 1080 FHD display, octacore processor, Gorilla Glass front and rear panels and 14 mega-pixel main camera, but there are still some details which we don’t fully know. 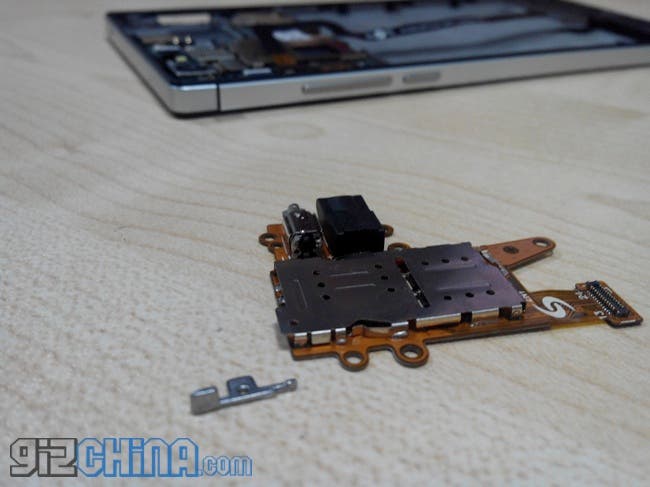 New leaked photos of the inside of the iOcean X8 don’t really clarify details but they do show us the space for a large battery, and the alloy chassis the Corning Gorilla Glass panels will attach too. As well as sending over these shots (taken with an iOcean X7) iOcean also confirmed with us the overall dimensions of the iOcean X8 are 159 x 79 x 7.7mm, so a narrow, thin device when taking the large screen in to account.

The iOcean X8 will be available later this month, keep posted for more news and head over to the official iOcean English site for more iOcean product details.

Previous Huawei Ascend Mate 2 4G LTE will officially go on sale in the U.S through GetHuawei.com