I personally am not convinced by the authenticity of this alleged Vivo Xshot render, but Chinese sites seem convinced. What do you think?

The Vivo Xshot is the next flagship Android phone from the premium Chinese phone maker, and like all range topping Vivo phones comes with a specification straight from our wildest dreams!

Such a phone has generated a lot of interest on the web resulting in the appearance of these alleged renders of the new device. The renders show the rear of a phone which could be described as aviation on the Find 7 phone. A large camera and a dual LED flash are the main features on show, but we can also just make out two physical buttons on the side a thin metal edge. Another image shows a dual colour LED flash (amber and white) which can result in better looking night photos. 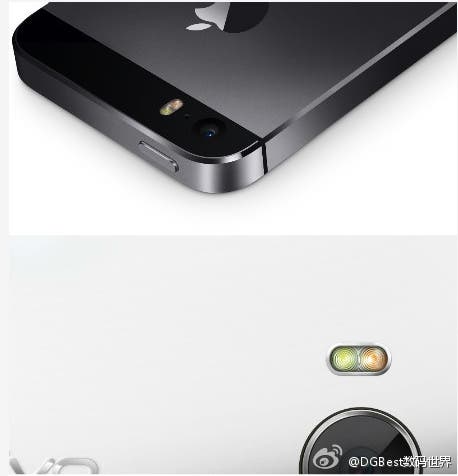 Similar ‘leaked’ renders appeared ahead of the Xplay 3S launch which turned out to be completely incorrect and I have a feeling we are either looking at fakes again either produced by a fan or Vivo is performing a little redirection.

What we know so far about the Vivo Xshot is that it will have a 1080 display, 13 mega-pixel rear camera, 7.68 mega-pixel front camera, Snapdragon 801 processor, 3GB RAM and 4G LTE.

What do you think of these renders?

Next Is this what the OnePlus One homescreen will look like?