Multiple device releases on the same day seems to be something the Chinese fancy. April 23rd, for example, turned out to be a day quite sought after for a device launch.

What reminds us of the multiple device releases on April 23 is the Vivo Xshot — the high-end Vivo phone is all set to get an unveil on the 7th of May, which is when the Huawei Ascend P7 gets released as well. The Xshot is far from a well-kept secret, and has suffered quite a few leaks. One of these aforementioned leaks point to the processing prowess that the phone holds; the Xshot is among the few devices (some say it is the first) to breach the 40,000 point barrier on AnTuTu. 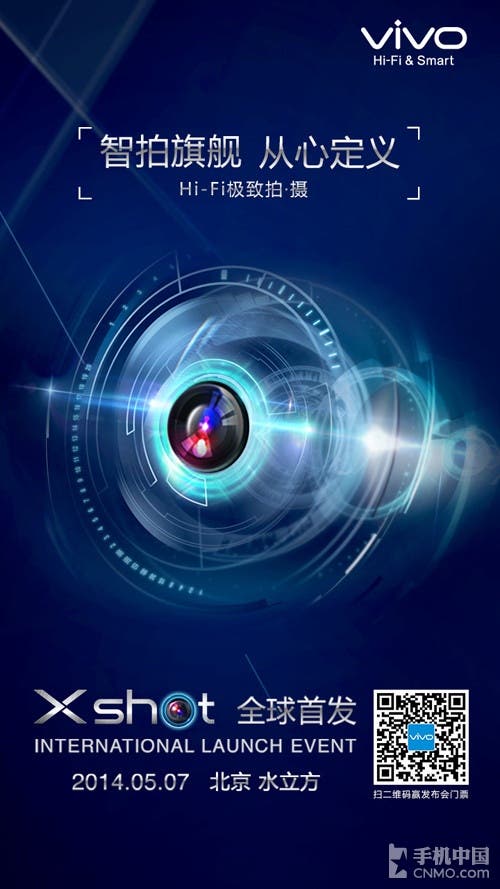 Besides sporting a top notch processor in the Qualcomm Snapdragon 801 and 3GB RAM (akin to the OnePlus One), the Xshot will also come with a camera that should rival the best in the business. The sensor is confirmed to come from Sony (Exmor series), enabled with OIS and a wide aperture of f/1.8, bettering the f/2.0 seen on many other flagships. A word going around also hints to a 24 mega-pixel resolution that the camera might offer, but we’ll wait for an official word from Vivo before saying anything more. Last nail in the coffin comes in the form of Xenon flash, something we don’t usually see on smartphones, something which should offer much better low-light photography compared to sensors with an LED flash.

May 7 would be an interesting day, a day when two major Chinese makers battle for attention.

Next OnePlus "Phone Smash" begins, so what do you need to do?