Meizu have launched another branch of their Meizumart stores, this one aimed at customers in France.

Meizumart is now available to French fans of the MX series of phones and to celebrate the launch Meizu are offering a number of promotions. The first is open to French (and Italian) buyers of the Meizu MX3 offering them a free additional rear cover for the phone upon order. The second promotion is open to everyone who is a fan of Meizu on Facebook and just asks fans to share the promotion to be in for a chance of winning either a pair of Meizu EP21 earphones, a Meizu Thermos or a Meizu cuddly Panda. 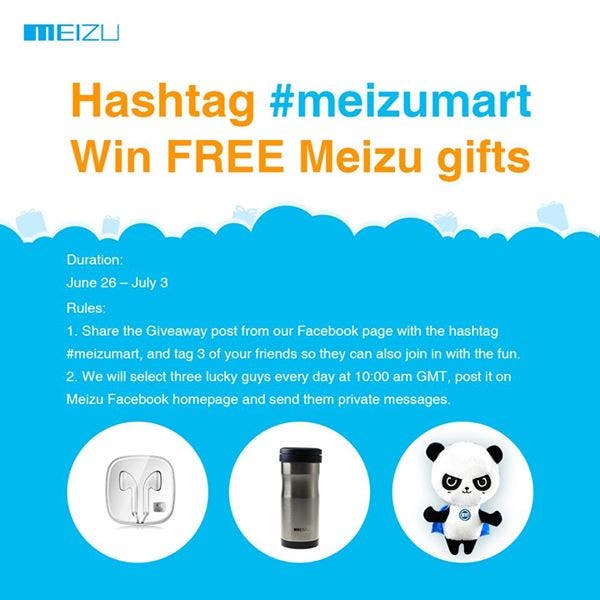 Also in the news today are rumours concerning the next device to receive a Flyme part. Yesterday we saw that the Nexus 5 had received the Flyme treatment and according to Jack Wong on Weibo, the Samsung Galaxy S4 is next on the list.

Meizu fans are already putting in their suggestions for the next place to launch a Meizumart online store and also which phones should get Flyme. What are your thoughts?