GFX Bench has proven itself to be a good source of leaks for upcoming phones in the past, and once again this is the case. The Xiaomi Mi3S has now been spotted over there with more RAM and faster speed.

Tomorrow Xiaomi are believed to be releasing the Mi4 along with a Mi Band braclet, MIUI V6 and possible a host of LTE equipped Redmi phones. The Mi3S could also be one of the new Xiaomi devices to be unveiled.

According to the GFX Bench listing the Mi3S will come with a 4.9-inch (more likely 5-inch) 1080p panel, so the screen appears to remain the same as the current Mi3. The processor however will be upgraded to a 2.5GHz Snapdragon 800. RAM will also get one gig on top, so we will see a total of 3GB inside the Mi3S. The rear camera will feature a 13 mega pixel resolution and will now be capable of doing ultra HD (4k) video recordings. The front camera will take 8 mega pixel pictures. Operating system used on the phone will be Android 4.4.3. So either this is the KitKat based MIUI V5, or the new MIUI V6. 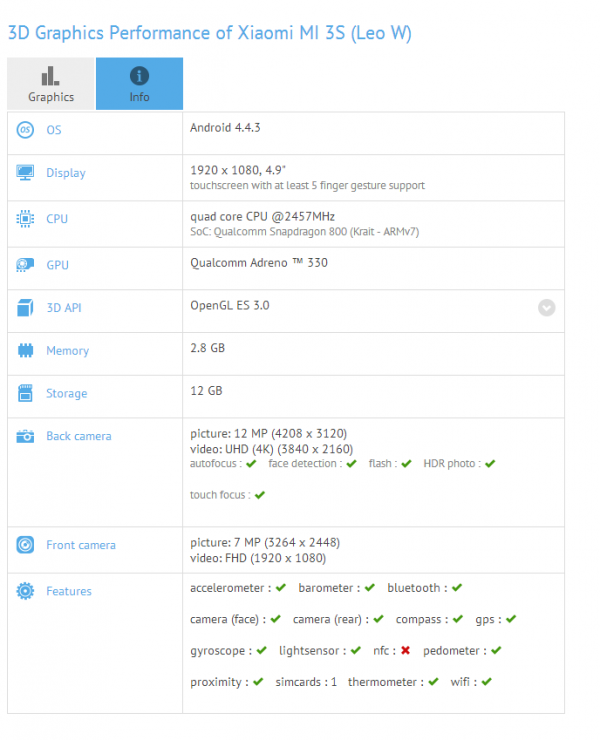