Although Gionee already claim to hold the ‘thinnest smartphone’ crown thanks to the Elife S5.5, it seems as though there’s a bit of insecurity in the camps that prompted them to prepare an even thinner phone!

Coming in at just 5.5mm of thickness, the Gionee Elife S5.5 is touted to be the slimmest Android smartphone in the market as of now. Thanks to the equipment certification center in China, we manage to get a sneak peek at the next contender of the slimmest smartphone tag; a yet-unnamed phone from the same maker, with an astounding 5mm of thickness! There’s no word on the complete specs set yet, but looking at the pictures, the design of the device reminds you of the iPhone. 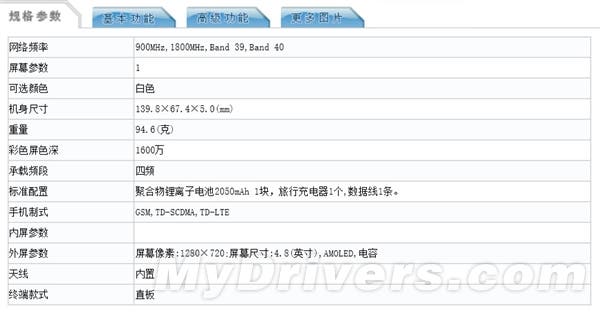 What’s more is that this phone isn’t just slim, but also packs a punch thanks to 4G LTE that it’s touted to have on board. If you might remember, the Elife S5.5 got a similar upgrade, but one which meant that the device got a bit thicker, which doesn’t seem to be the case here.

We’ve asked this before and here we ask again: do you really care for a phone that’s 5mm thick, or is it better battery life albeit with a slightly thicker body that you’re after?