Someone in China has managed to get their hands on the Xiaomi Mi4 ahead of the official launch! Here are the first hands on photos of the all new Xiaomi flagship!

Just as Xiaomi had said in teasers, the Xiaomi Mi4 doesn’t have a stainless steel back plate, but it does use 304 stainless steel around the sides in the same fashion as the iPhone 5s. It appears that the rear is made of plastic and share the same sqaure camera and LED layout as other current Xiaomi phones. It is not confirmed from the image, but we believe ther rear is non removable and that the battery cannot be replaced (easily) by customers.

We can see what is likely a SIM tray at the top right hand corner of the Mi4, and from this angle the spy photos look very much like the leaked press image from yesterday which showed a white and black version of the Mi4. 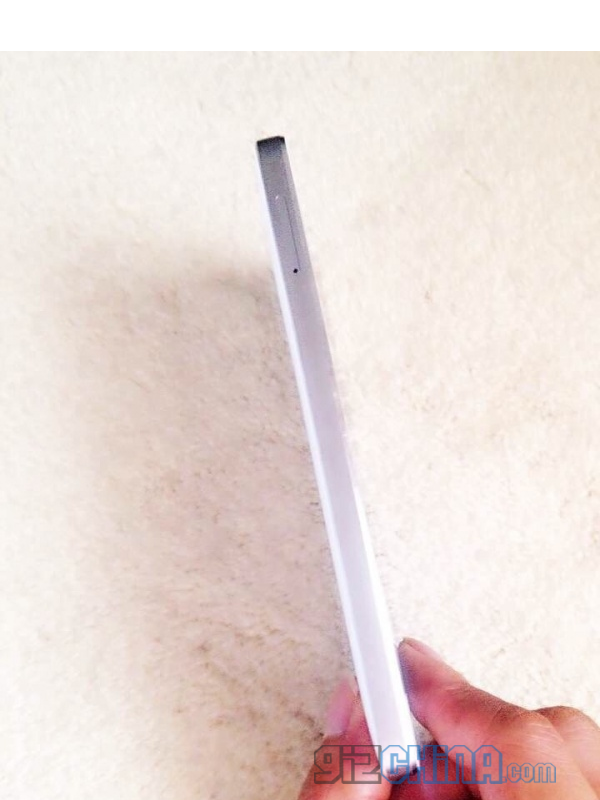 Other notable details are teh slim screen bezels and interestingly the iOS Android skin, which we hope isn’t what MIUI V6 is going to look like.

Next Bamboo OnePlus One Style Swap Covers launched at $49