Not the most established phone makers yet, Oplus managed to make a name for itself in a short span of time with the Oplus XonPad 7 that released earlier this year. Affordability and a decent specs set are things every other manufacturer manufacturer is offering, but Oplus went a step ahead and introduced a slightly above-par build that ensured the XonPad 7 gets due attention.

The Taiwan based company released it’s XonPhone 5 late last month. The device happens to be Oplus’ first ever phone for India (the XonPad 7 did have calling capabilities), and is priced at 8,000 INR or roughly $130.

It isn’t easygoing in a market that’s dominated by behemoths such as Micromax and Samsung, especially for a newcomer. You will either reach new levels of success, or wither away without being heard of. Oplus, though, seem to have found the third route. The company isn’t aiming for the stars (yet), but has managed to put together a decent device.

The XonPhone 5, as I mentioned, is the 2nd Oplus device that I ever used. After the impressive XonPad 7, I did have some expectations, mainly with the build of the device. Performance wise, I expected nothing special since there are other phones with the MT6582 CPU that have been around since the end of 2013.

The XonPhone 5 has no real ‘killer features’ if you ask me, but as you will learn through the course of this review, it does possess some qualities that make it worthy of the price tag.

Oplus XonPhone 5: In the box 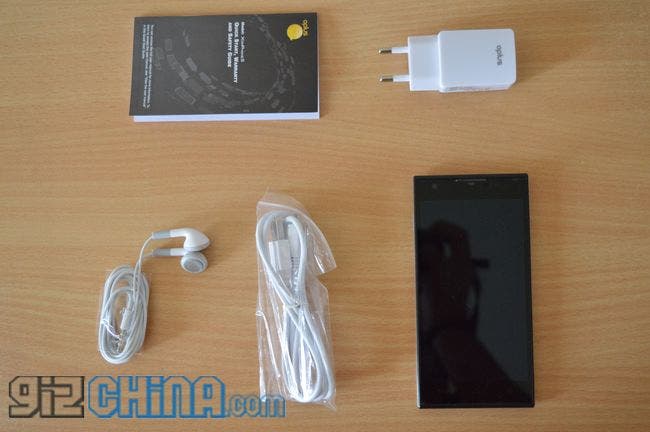 Unlike what we used to see in bygone years, smartphones and other devices these days come with packaging that is made to endure shipping across long distances. The Oplus XonPhone 5 is no exception. The packaging is nice and tight and certainly does feel secure. Since the phone is sold online only, it does make sense to have a packaging that’s minimal, compact, and durable at the same time.

Unfortunately, the XonPhone 5 doesn’t score very well on the design scale for me. The front of the phone looks a lot like any other “generic” Chinese phone, and the rear gets its inspiration from the infamous ‘band-aid’ texture from the Galaxy S5.

Oplus have, however, added some value to the unit by making it one of the best built. Considering the $130 price tag, the XonPhone 5 is by far one of the best built sub-10k INR ($165) phones I’ve had the pleasure to test. The edges of the phone (left and right) are covered in metal, put in place with tiny screws that not only give you a reassurance about the quality, but also try to take the design quotient up by a bit.

Heck, the XonPhone 5 feels better built than the Xiaomi Mi 3 for all I know!

A 3.5mm jack and a microUSB slot sit on the top edge of the device. 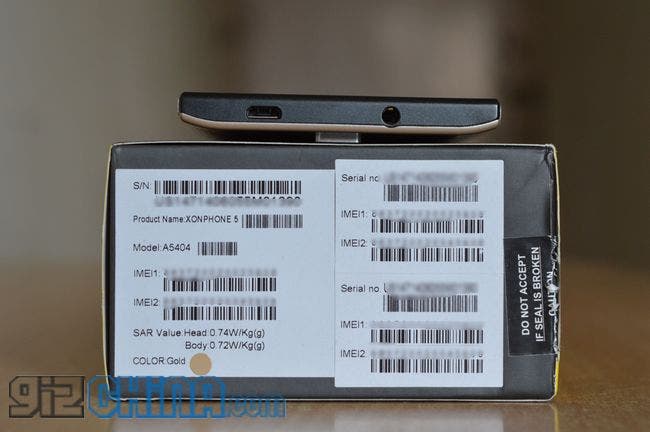 The right edge houses only the power button, which is tactile and gives some good feedback. One thing that could’ve been better is the positioning of the button; you have to sort of ‘reach’ for it at times, even though the phone is very much in the usable size range. 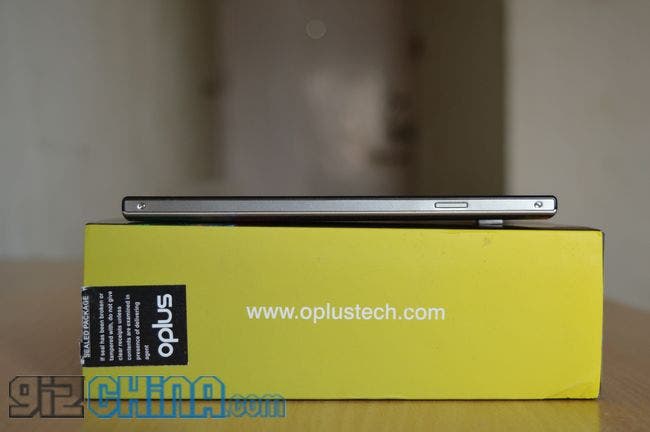 The minimalistic bottom edge or the chin of the XonPhone 5 has a mic that’s used during phone calls and such. 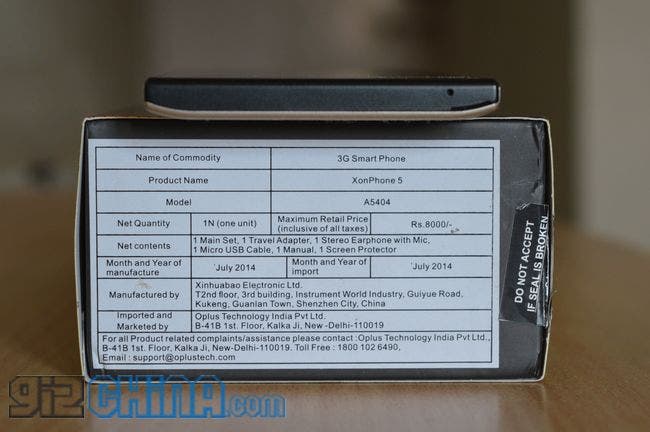 Volume buttons adorn the left edge of the smartphone. 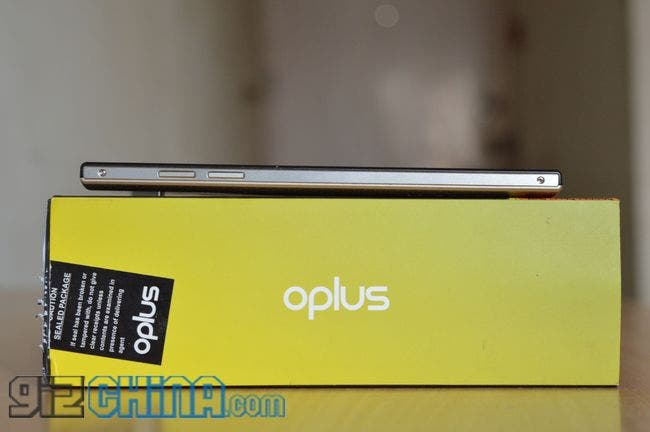 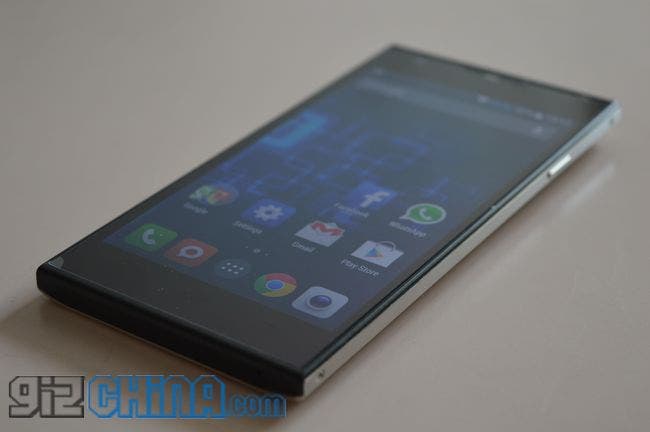 The display on the XonPhone 5 is definitely its weakest link. Affordable smartphones have progressed a lot in the last couple of years, but there’s still a question mark on the quality of displays on these. The Oplus XonPhone 5 definitely doesn’t have the best display. The 5-inch, 1280 x 720 pixel ‘True to Life’ display gets a 6/10 for us.

While there’s no particular defect in the display, there are a few shortcomings. For some reason, the screen looks pixelated. Even more so than a 5.5-inch panel with the same resolution. I do a lot of YouTube these days, and the size of the XonPhone 5 meant I could carry it around very easily (as compared to other phones), but the display really wasn’t crisp enough to make the trade-off worth it. Viewing angles, though, aren’t too bad and colours don’t really wash away. Another good thing I noticed was that there was no backlight bleeding whatsoever (which was surprisingly found on the more expensive Xiaomi Mi 3), so Oplus seem to have a decent quality control team on board. It’s only the quality that needs improvement now, at least as far as the display on the XonPhone 5 is concerned.

You’ll know what to expect from the XonPhone 5 if you’ve ever used a MediaTek MT6582 phone previously. The chipset now happens to be the favourite among phone makers that favour the ‘budget’ segment. The MediaTek MT6582 comes with a quad-core CPU and a clock frequency of 1.3GHz, and the XonPhone 5 along with that features 1GB of RAM to make a decent entry-level offering.

The UI, which tends to affect performance, on the XonPhone 5 is largely unchanged save for the icons. Oplus have gone for the MIUI look, and haven’t done it too well. However, for a 1GB phone, the XonPhone 5 does pretty well and should suffice for those who want to have the first taste of the Android dessert. The unfortunate thing for makers like Oplus is that Xiaomi with its offering of phones like the Redmi 1S will eat away the market, all at once.

It took me a couple of hours to get used to the XonPhone 5’s pace when I made the shift from the OnePlus One to this, but then it wasn’t bad and the phone gets a good 8/10 for performance. If benchmarks are your thing, here’s how the XonPhone 5 fares.

Like the rest of the phone (minus the good build), the camera on the XonPhone 5 is average. It can take some OK photos in good light, but even then there is loss of detail and depth. What is good about the camera is that it can take some good macro shots, and the focus range especially for close-in subjects is better than an average $130 phone.

Take a look at some camera shots from the XonPhone 5.

Please ignore the shaky hands in the first half of the video! 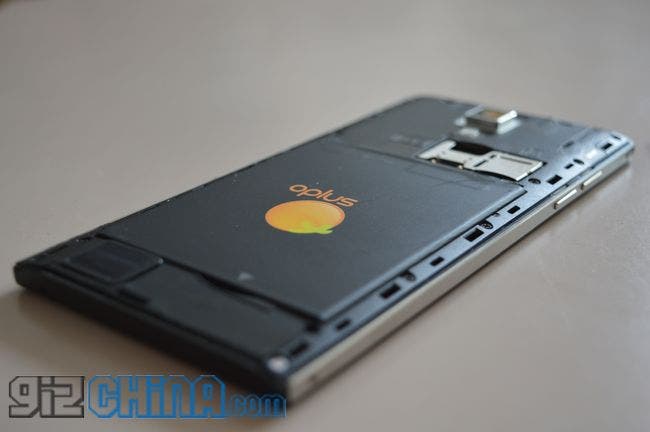 The XonPhone 5 doesn’t do too well on the battery front as well. Getting 3 hours of screen on time without any gaming turns out to be quite a task on the XonPhone 5. The phone has a 2000mAh battery that could’ve been better, but even with the said capacity, the device doesn’t fare too well. It gets worse when you’re on 3G. I used the phone mainly at home while connected to my home’s WiFi network.

If you’re a gamer or even a multimedia junkie, you will certainly need to head to the power supply more than once to go through a work day on the XonPhone 5. 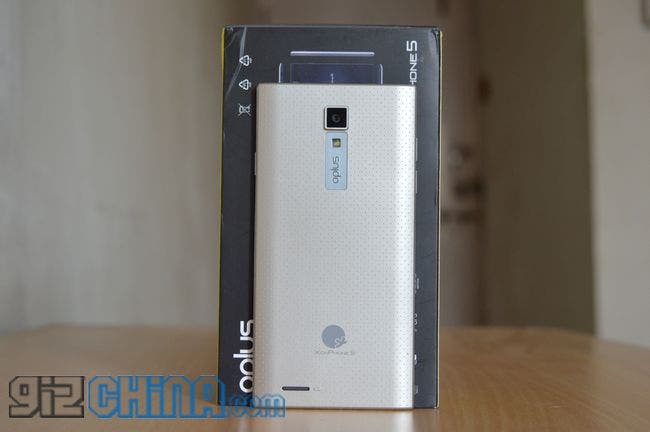 To be very honest, I expected a lot more from Oplus after the impressive XonPad 7. However, the brand is fairly new into operations and I’m sure it’ll do much better in the time to come. It can be tough matching up to the likes of Xiaomi et al, brands which have swept the market through the past few months.

Oplus will definitely have to look after component quality a bit, because that’s one segment where the customer will not sacrifice. In a market as cut-throat as it is, it can be really tough to build back the goodwill you once had after an unsuccessful device.

All said and done, the XonPhone 5 isn’t the best sub-10k INR phone in the market currently and does leave a lot to be desired.

Previous OnePlus to finally ditch the invite system this October!