It’s usually the Chinese smartphone market that’s in focus here at GizChina, but a neighbouring market — India — has been hogging the attention quite a lot since the last few months. First it was Gionee, then OPPO, and then Xiaomi that entered the Indian market. OnePlus One and Meizu are eyeing the country’s smartphone scene as well, which pretty much explains why we’re getting so excited about the Indian market.

However, there’s this domestic company that’s been doing exceptionally well in India. Its called Micromax, and it recently also toppled Samsung to be the #1 maker in the country. Now that Micromax has a respectable portion of the pie, it is looking to make its name heard in the high-end segment, and also appeal to ‘geeks’ who’ve been giving Micromax phones a miss. 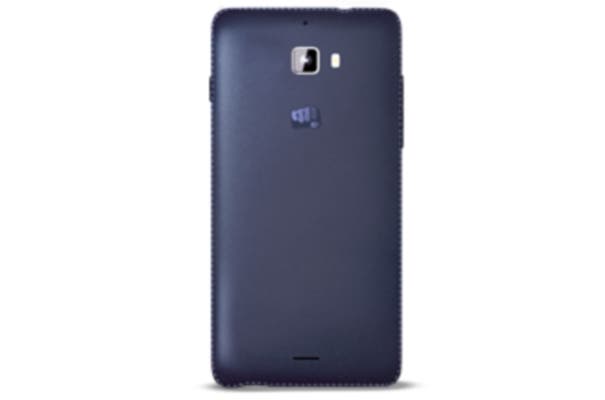 The Canvas Knight remains to be the Micromax flagship, but it’s been that way for a while now. And that is why, Micromax is about to out the next-gen flagship; it’s making sure the smartphone is truly next-gen and not only by its own standards. The Canvas 5 is what we are talking about.

The Canvas Knight was among the first phones to ship with the 2GHz octa-core MediaTek MT6592T chipset, so it is safe to assume that this new baby aka the Canvas 5 will come with the MT6595, which we saw on the Meizu MX4, or a variant thereof. Some other highlights of this upcoming smartphone are an 18 mega-pixel camera (the Canvas Knight had a 16 mega-pixel one), 2GB of RAM and perhaps 16GB of on-board storage.

Now for what should matter to you more than what I’ve said previously: the Canvas 5 will come with CyanogenMod pre-installed, to join an elite league of smartphones that ship with the highly customizable OS. Since Android L has only been announced, it’ll most likely be Android v4.4 KitKat that the engineers use as base for the CyanogenMod ROM.

Like I said before, Micromax phones have usually targeted the entry-level to mid-range section of the market. However, with the Canvas 5, you can expect Micromax to eye the high-end market, and thus expect the device itself to be priced on the higher side (22,000 INR / US$360 or above).

With the Xiaomi Mi 4 and the OnePlus One set for an Indian launch later this year, do you think Micromax will have a chance with the Canvas 5?