OnePlus is a company that defies ups and downs, and remains to be a favourite among the section of the audience that does care about it. Seven months into the launch of its first and only smartphone, OnePlus is starting to expand its wings into territories new, including India and Malaysia.

They even hired a manager for the Indian market recently. That, and the continues forum posts expressing love for the Indian market suggest only one thing – a launch is around the corner. Speaking of the forum posts, OnePlus never fails to mention that a lot of Indians bought the device unofficially via means of mail forwarders in the launch country. Some also purchased the One from Chinese sellers, but as you know there’s a slight difference between the global and Chinese variants of the device. 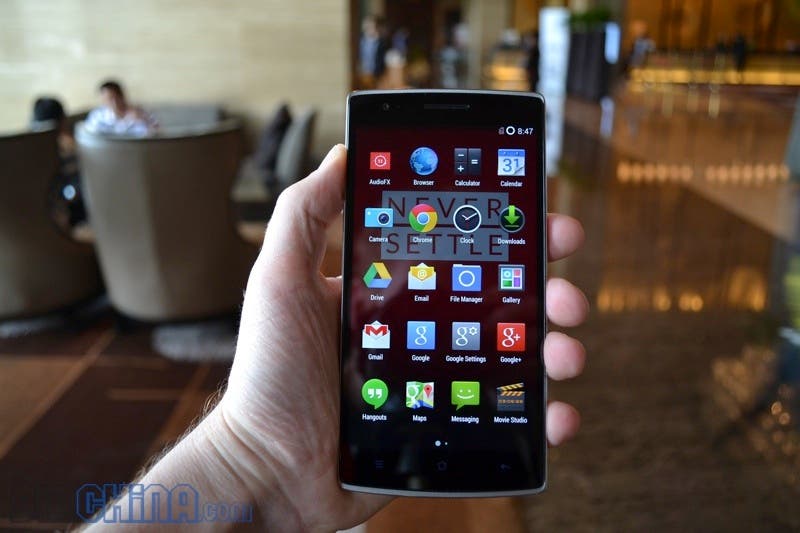 Join GizChina on Telegram
“The ardent support of our fans in India has played a big role in enabling us to prepare for India so quickly. Your belief in our product, our mission and the brand has been integral to the growth of OnePlus.”
Today, OnePlus announced on its forums that existing owners of the One in India will enjoy full warranty, provided the device was purchased from oneplus.net (no luck for owners of the Chinese variant). This is quite a bold step, and goes in line with what Pei told us during the interview we had with him (about OnePlus caring more about the user experience than a massive user base).

There’s still no timeline as yet (someone said December…), but judging by the frequency of forums posts having to do with India, we believe a launch isn’t too far. If you’re unaware, OnePlus will also be having country-specific invites for India.