Here are our predictions for the Xiaomi flagship phone launch on the 15th January. Keep reading to hear why we think it’s an all new device, won’t be the Redmi Note 2 and how if we are wrong we will just be as excited.

There is a lot of confusion about what Xiaomi will actually be launching at their 15th January launch. Rumours have suggested a flagship Xiaomi Mi5 and Redmi Note 2 but the rumor we subscribe to (and the conclusion we came to a few days ago) is that the next Xiaomi phone will be a new device under a new range name.

Currently Xiaomi offer the Redmi range for their entry-level and mid-range models, and the Mi range for its flagship devices. What they don’t offer is a high-end phablet with construction and materials to rival big phones from Huawei, Oppo, Vivo and over phone makers. This is what we are expecting to see at the launch, and below are our reasons:

Is the next Xiaomi a flagship? Yes, it is

Why are we so sure that Xiaomi are launching a flagship device? Well there is the fact that they have said it themselves: 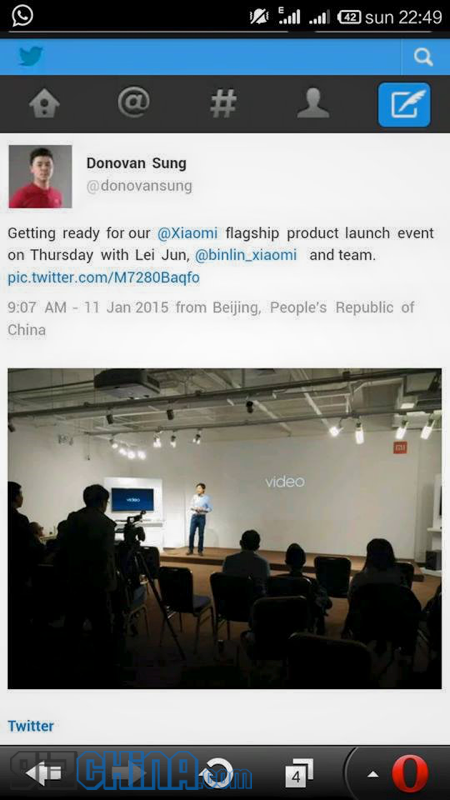 Thanks to Akshay PL at GizChina Tech Fans for the image.

There is also the fact that Xiaomi are making every effort to make the launch accessable to more fans than ever with a live stream, the first time they have done this.

Any other evidence this is a flagship? Yes, lots

Xiaomi market their products at certain demographics and their promotions and launches reflect the users Xiaomi are aiming to attract. For the Redmi range Xiaomi launch their devices with bright colours and a youthful appearance to attract a younger audience. The promotion for the 15th January launch has used dark colours, clever teasers and have a more ‘up market air” to them, similar to the Oppo Find 7 teasers. 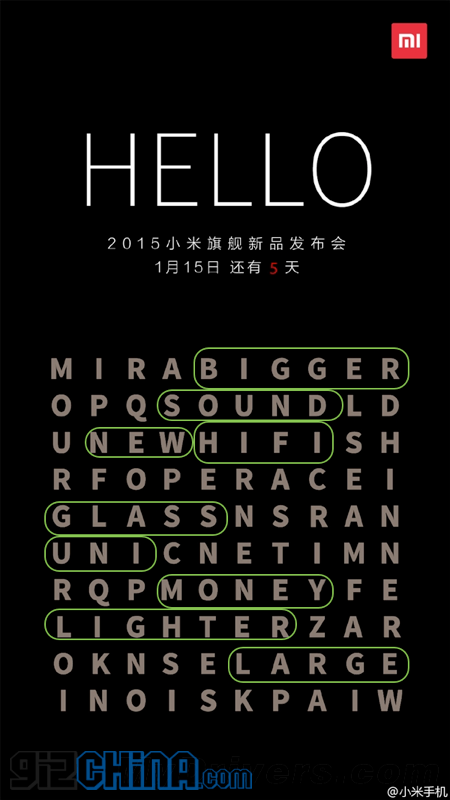 The clues don’t end there though. Today, Xiaomi released a puzzle that had certain words hidden to hint at what the company are ready to launch, and those features are what we expect to find on a high-end phone, not a Redmi model:

Looking at these features we can assume we are going to get a new Xiaomi with glass panels (front and rear?), faster performance (than current Xiaomi ?), lighter, larger, and with HIFI audio features. Note tells us it will be a phablet. 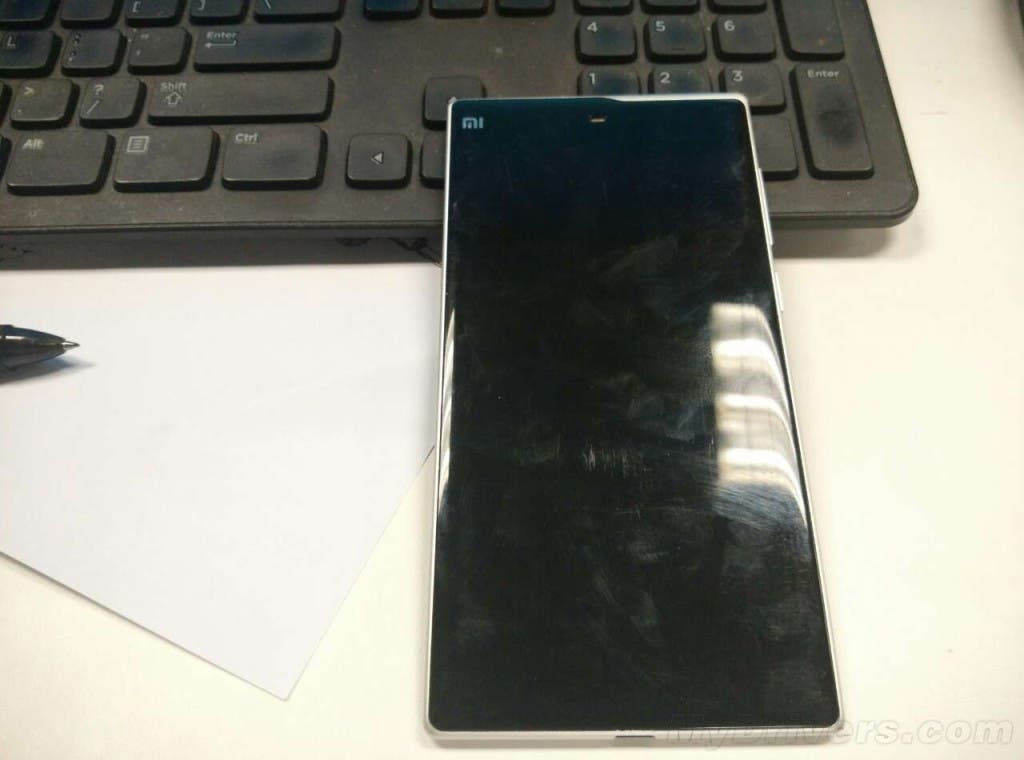 Creating a lightweight, large phablet device would require some nifty CNC chassis, as we spotted here measuring only 5.1mm, HIFI audio equipment is usually only associated with more premium products such as the MX4 Pro, Vivo phones and Oppo phones, and OIS (optical image stabilisation) isn’t a feature Xiaomi are likely to give to a phone sitting below the Mi4.

From those details we believe the new Xiaomi device could sit above the Mi4, perhaps in a new “VIP” range of flagship phones that Xiaomi will use to tackle Oppo, Vivo and even Apple. 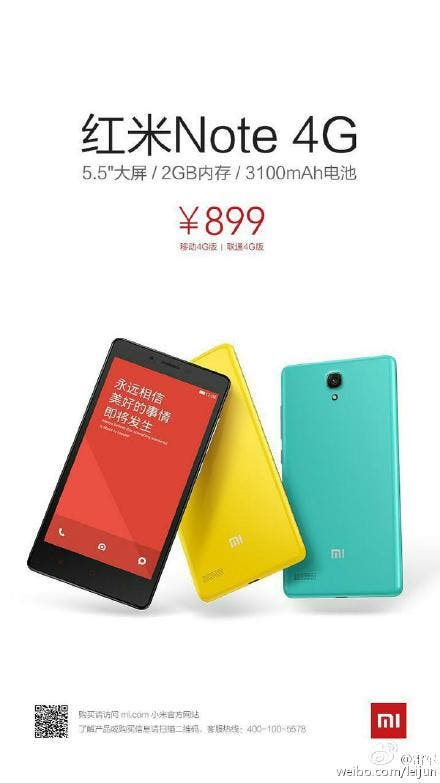 Xiaomi are also still actively promoting the current Redmi Note in China on Weibo, their last post on Friday 9th Jan. Usually promotion of the current phone would stop in the run up to a replacement not be posted between days of teaser for the next-gen model.

So will it cost more?

With this hardware and the fact we believe that Xiaomi say the new phone will be a flagship, does this mean that it will cost more than 1999 Yuan? Not necessarily. We could witness a price cut for the Xiaomi Mi4 (it is about time) to around 1799 Yuan which would give Xiaomi a phone to compete against the Meizu MX4. The new flagship Xiaomi could then still cost from just 1999 Yuan and still take on premium phones from other makers.

Anything else to launch?

Yes, possibly a Leadcore powered Xiaomi Redmi, a Redmi Note 2, 2 versions of the above phone, and perhaps even a Xioami MiTV 3.

We could be wrong (but we don’t think we are)

What is most exciting about these rumours and the upcoming Xiaomi launch is that no one really has any idea what to expect. Those of us who follow Chinese tech all have our own opinions at what Xiaomi have in store, and that makes things very exciting! So we have our opinion about what will happen on the 15th Jan, but even if we are wrong we will still be excited and will probably enjoy the launch just as much.

Though if our predictions do come true, just remember where you heard them first.