7 days to go before the next Meizu is announced at the “Connected” launch so what new details have leaks and spy photos of the Meizu m1 mini revealed?

With the run up to any launch the number of leaks and spy photos increase as the big day draws closer, and it is no different with the release of the Meizu m1 mini.

On the 28th January Meizu will hold the “Connected” event, where we expect to hear Meizu’s plans for their Haier deal, possibly get to see some smart home appliance, maybe learn something about fitness and more than likely see the all new Meizu m1 mini phone.

Recent photos show that the Meizu m1 mini might actually be smaller then we had expected, and even have a screen size below that of the MX3! The above photo comes from a phone market in China where covers for the m1 mini are already on sale and detail a 4.7-inch display. A screen of that size along with Meizu’s famous narrow bezels would make for a very comfortable phone. The screen size also has us believe that the panel on the m1 mini will be a 720hd model rather than 1080 (more common and cheaper at this size) and could mean the 64bit processor inside the phone is an MT6732 rather than octacore MT6752. 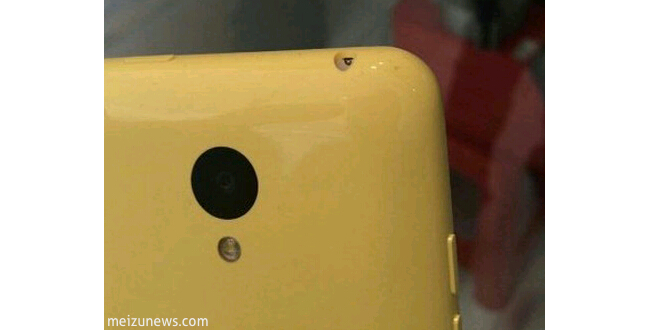 Another spy photo shows the rear of a yellow Meizu m1 mini. This time the photo confirms a similar plastic body construction to the Meizu m1 note, and also shows a single LED flash rather than a dual LED flash set up. Camera specs are not yet revealed, but a good 8 mega-pixel (like the one found on the Meizu MX3) would be a good option.

We’ll keep reporting all the latest Meizu news as we get it.