A white UMi Zero has been once again spotted, this time undergoing testing in Shenzhen.

It is quite common to see prototype or sample phones while walking around Shenzhen, these spy photos of the white UMi Zero are a perfect example of that. Sent in by GizChina reader Faith, the photos of the unreleased phone were taken at a subway station in the early morning.

Out eagle eye’d reader also mentioned that the alloy chassis appeared to be silver on the white version of the UMi Zero as was previously seen in an earlier leak. 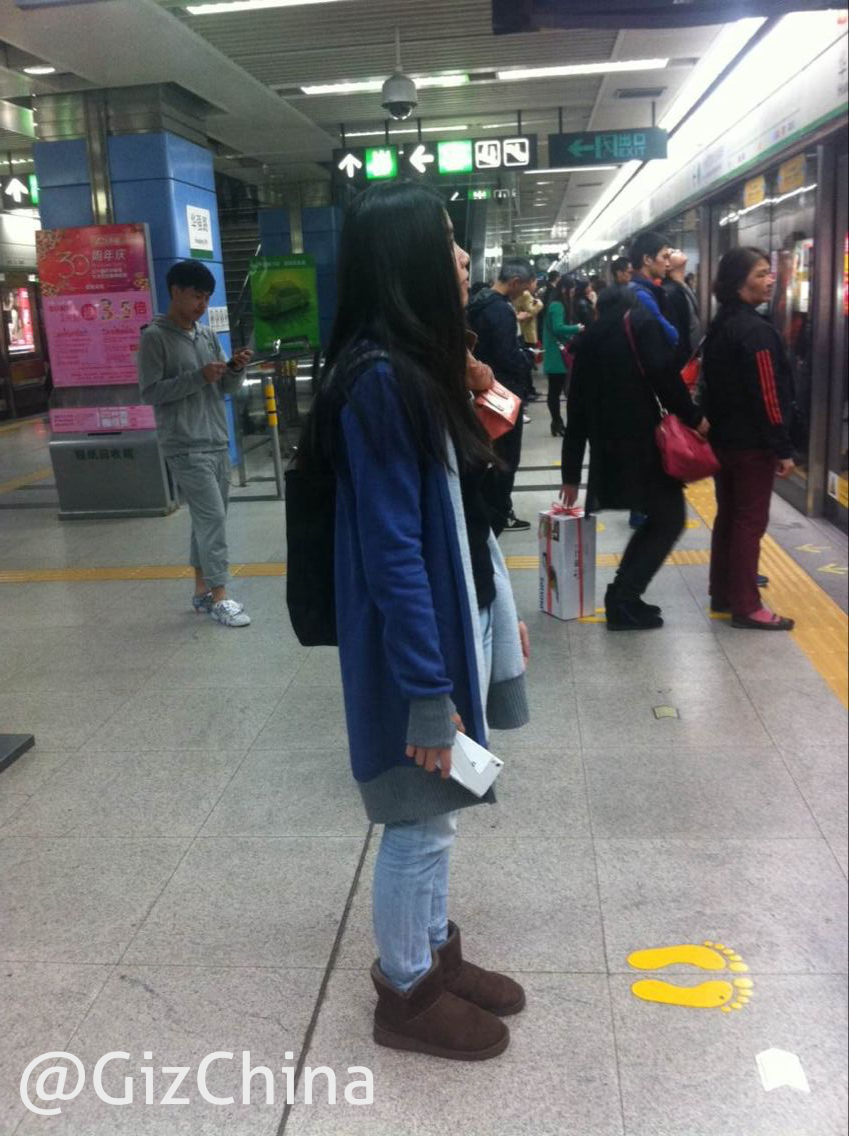 So far we are still waiting to hear if UMi will put the new colour option in to production, and if it will receive any other changes over the standard black version, LTE for example would be a nice addition.

In other releated news, UMi are believed to be releasing an update to the current UMi Zero later this week. The details will be posted on the official UMi Facebook page.

Previous First renders of the Ulefone Be X surface