Over the past week we saw a number of purported spy photos of a 5-inch version of the Huawei Mate 7. Today, we reveal that those “leaks” were not a Compact Mate 7 but photos of the new 5-inch Landvo L600S.

Photos which some sources claimed were leaks of a new compact version of the Huawei Mate 7 were posted on various sites last week, and while the launch of a smaller Mate 7 still remains a possibility the photos we have seen so far are not of a Huawei device.

Our sources in Shenzhen have confirmed that leaked photos of the Compact Mate 7 have actually been images of another phone manufactured by Chinese phone maker Landvo. The images actually show a sample model of the Landvo L600S which has been passed around a few online resellers this past week for promotional purposes.

The Landvo L600S is a similar phone to the Mate 7 with similar sliver body, and finger print scanner on the rear. The main physical difference being the L600S has a more compact 5-inch display. 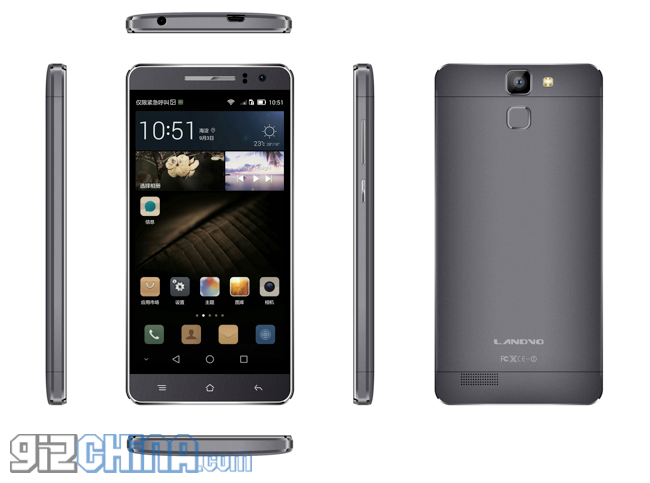 We will have to wait until MWC or April to see if Huawei do in fact have a compact version of the Mate 7 in the works, but so far we haven’t seen it yet.