A few weeks back Coolpad teased a phone that could have either had a 4.7-inch phone or be 4.7mm thick, and low and behold the IVVI K1 mini is both!

Coolpad’s IVVI range of phones are aimed at fans of lower cost, stylish devices. They have released a few phones so far, but none really caused a stir until teasers of a 4.7mm phone churned up the smartphone waters.

Oddly TENAA details did corroborate the 4.7mm claims, but now the phone has officially launched we know the official sizes. 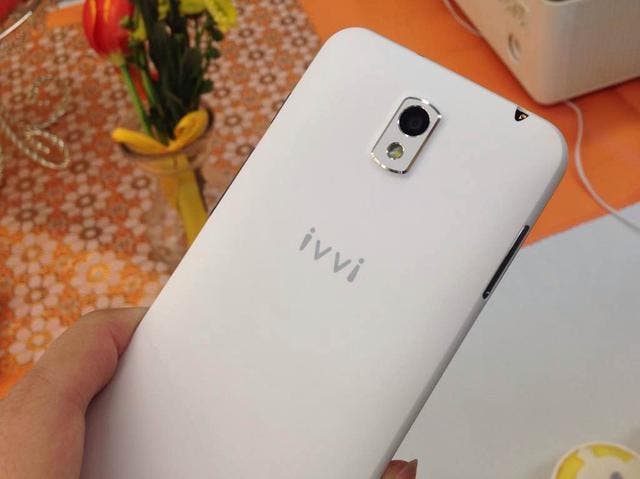 It looks like our prediction for a 4.7-inch, 4.7mm phone from IVVI have come true as that is exactly what was launched earlier today. The 1299 Yuan phone named the IVVI K1 mini receives a ‘baby skin’ smooth textured finish, IR blaster, 5 mega-pixel front camera and 8 mega-pixel rear. The phone is aimed at fans of taking beauty photos and boasts 100 levels of beauty adjustment and a super-pixel mode for 32 mega-pixel photos.

The IVVI K1 mini should be on sale in China ahead of the Chinese New Year.

Next New Exclusive leaked images of the Elephone P7000