Ah we do love a leak, especially one made possible thanks to 3rd party accessory makers. That’s the type of leak we have here, and it gives us some clues for the upcoming Huawei P8.

It is very likely (judging by all the leaks and rumours) that Huawei will soon unveil a new flagship phone, aka the Huawei P8.

We have heard reports that the P8 will sport a 5.2-inch FHD display with Gorilla Glass 3, Kirin 930 16nm processor and might even included a dual 13 mega-pixel rear camera arrangement.

As for the design a slim 6.9mm body is likely, and should prove thick enough for the purported 2600mAh battery.

We can also take some details away from these photos which apparently show a protective cover for the P8. The biggest giveaway being the large cut out in the rear where a fingerprint scanner will probably be located. 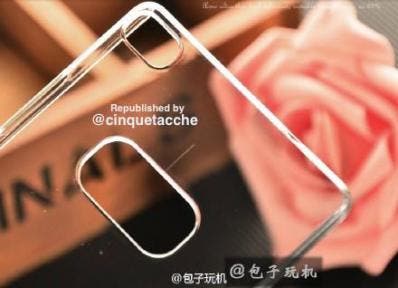 The case also shows the main camera will be located in the right hand corner and a volume rocker and power button will also be on the right. The 3.5mm headphone jack seems to be in the top with USB in the base.

As for a launch date we might be lucky to see the Huawei Ascend P8 at MWC, while other reports say an April launch in London is more likely.