It’s almost been one year since the OnePlus One was announced back in April of 2014 as OnePlus’ first ever Android phone. Sure, the phone changed many things, but availability remained to be an issue. In fact, it is still not the easiest phone to get hold of — that, despite OnePlus being official in your country.

Something that will change the story a bit is the fact that OnePlus is now going to sell the One in all EU countries. The company will host events in Budapest, Warsaw, and Prague, where we’ll also know more about the roll out. In the meantime, take a look at all countries the OnePlus One is set to be made available in: 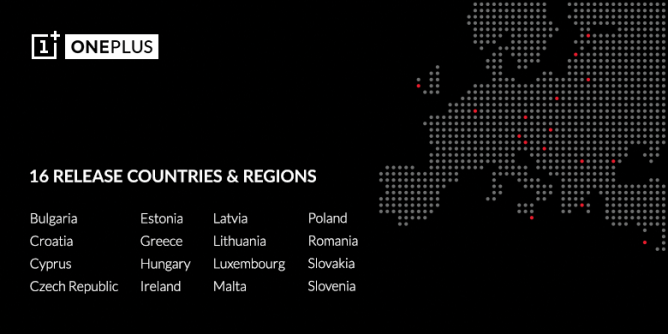 With the next OnePlus phone around the corner (aka OnePlus Two), are OnePlus offering too little too late, or would you be happy to grab whatever you can till it lasts?