Lenovo’s first camera centric phones goes on display at MWC and I got some hands on time with it, keep reading for more information.

Lenovo weren’t able to keep the Vibe Shot a secret. Photos of the phone were leaked well ahead of MWC and renders were shown not so longer after. So the surprise was spoiled but a first camera phone from Lenovo is still an exciting prospect.

On the camera side of things Lenovo have loaded the Vibe shot with all the features you would expect from a camera centric device. To get the photography ball rolling with have a 16 mega-pixel sensor (similar to the Galaxy S6 Edge), then we have OIS to keep photos stable, a dedicated shutter button and a 3 x LED flash. 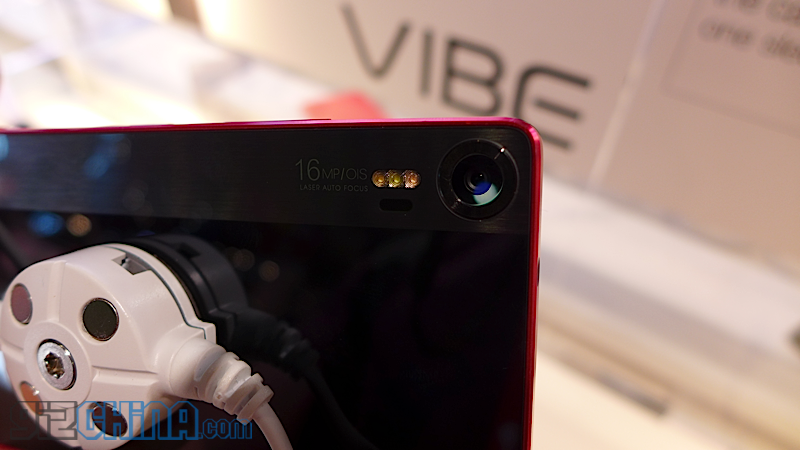 Being a fan of camera centric phones I was eager to try the Lenovo Vibe Shot to see if it is a possible Vivo Xshot. The first sample I picked up to try was the black version of the phone with red border. Annoyingly this sample would lock the display after the capturing photos taken with the dedicated shutter button so I moved to another version. 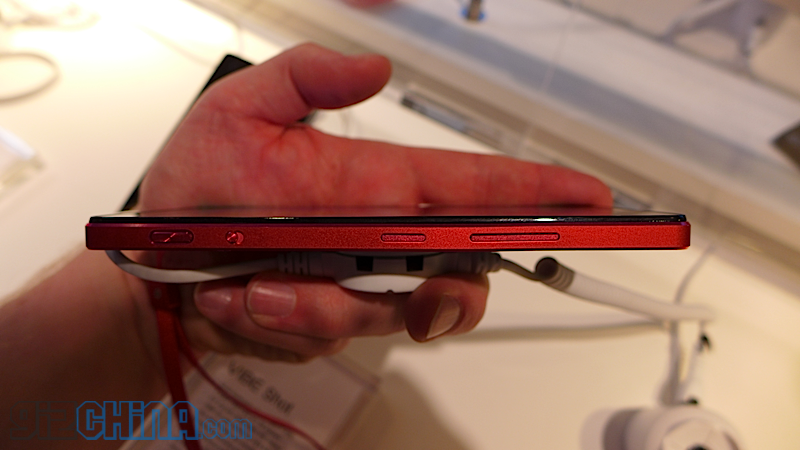 The shutter button is a two stage button with the first part of the travel activating focus and the final press capturing the image. Speed of focus is fast and so is the capture and save. I would say it’s not as fast as the Xiaomi MiNote or Galaxy S6, but it’s not too far behind.

I would certainly like to spend more time with the Vibe Shot to see if it is competitive against the Vivo Xshot or Oppo N3 in terms of camera quality, but I don’t need any more time to come to a conclusion about the design and feel of the phone. 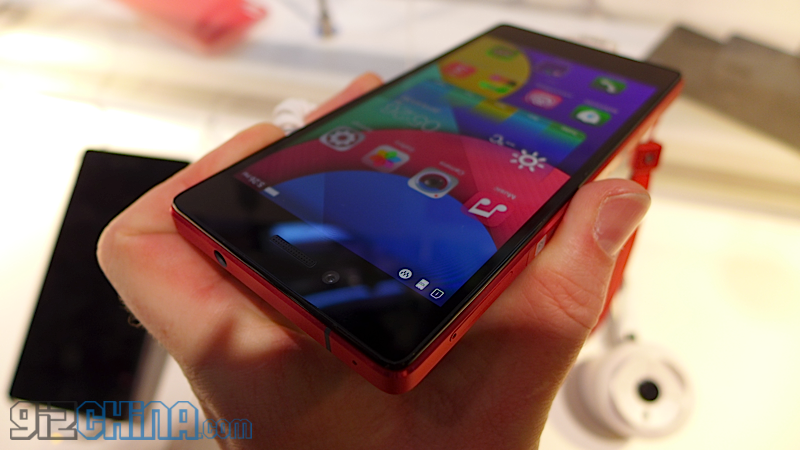 From images the border and rear look to be alloy, and they could well be, but to the touch the whole device feels a little plastic. This is partly doe to the phone I am currently using (the all glass and metal Mi Note) and partly due to the Lenovo’s very lightweight, but overall the impression is that this is not as well made as other devices on the market. The Vivo Xshot, Mi4, Mi Note, MX4 all feel much more premium.

For a camera centric phone it is a small and easy to handle device thanks to the 5-inch 1080 display, space for a 128GB SD card, 2900mAh battery, Android 5.0 and dual SIM which are all great features for a smaller device. Oddly the specs for the phone say there is 3GB RAM where as the phones on display had only 2GB, so either there are two versions of the phone, the specs are wrong or these are sample only machines.

Lenovo have priced the Vibe Shot at $350 which is doesn’t sound too bad if we were treated to a Snapdragon 810, but with a SD615 on board we would have hoped for closer to $299.

Previous Xiaomi power banks, headphones and more to be sold officially in Europe via Mi.com

Next So the OnePlus One is finally going to be available in all EU countries!