Following on from leaked patents of a new bezel technology from Oppo are these photos which apparently show the tech in action.

Earlier today we posted news that a leaked patent pointed at a method of creating super slim phones by reflecting the light and contact from the display to transparent borders. The tech was spotted in a leaked patent obtained by Oppo.

Such is the speed of the Chinese tech news we have already seen our first purported leaked images of the technology in action. 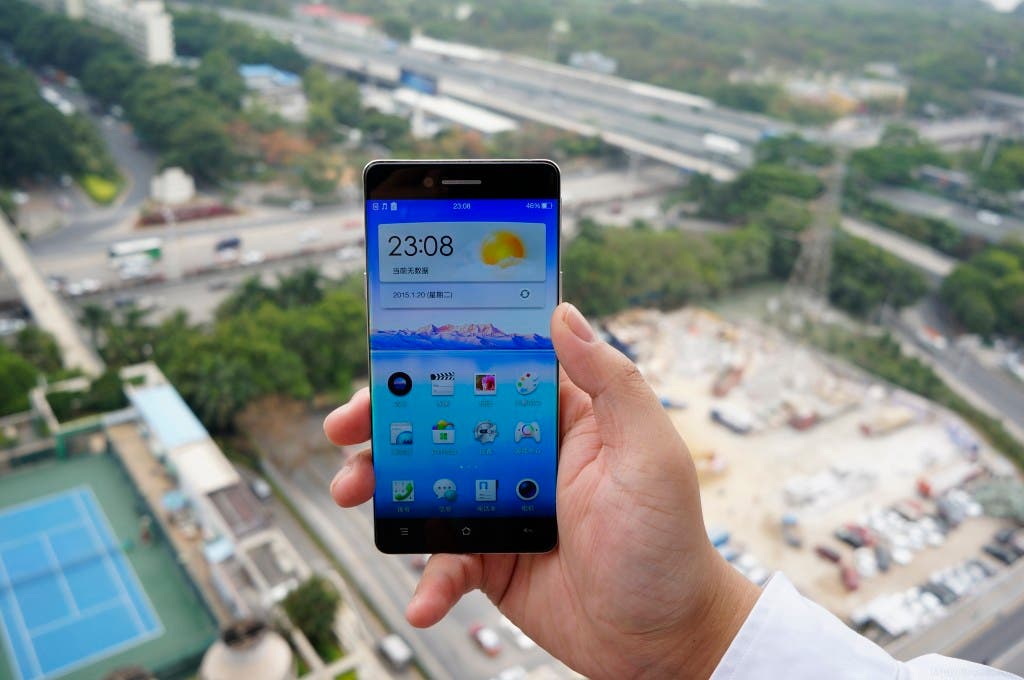 It hasn’t been confirmed if this is actually a real Oppo leak or a clever fake, but what it purports to show is a new device running Oppo’s ColorOS with minimal side bezels. Just a very narrow black bezel is showing the images, the second images (with the hand on the right) appears have a slight curve to the left of the display.

Interesting stuff but is it real? Also are bezels as thin as these really a feature you are waiting for?

Previous Elephone Halo is their most unique phone to date