A leaked roadmap has appeared online which tells Meizu fans when they can expect to see Lollipop arrive on their phones and the good news MX2 and MX3 owners are included.

How often do we see phone manufacturers offer the last Android version for flagship phones of old? For some users it can be hard enough to get the latest Android version on a phone just a few months old, let along one that launched years ago! 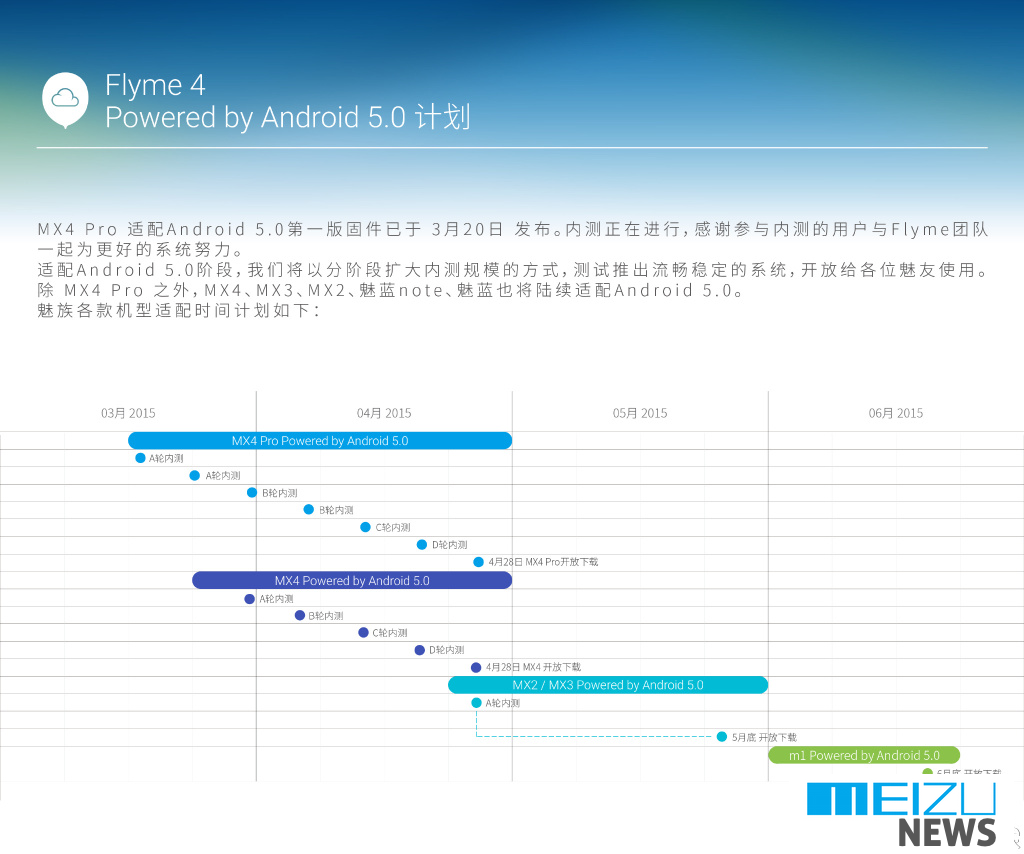 Meizu fans do appear to be luckier than most. The above roadmap confirms that not only are owners of the MX4, MX4 Pro and newer M1 phones can expect to see Android 5.0 Lollipop on their phones this year, but so too can MX2 and MX3 users!

April 28th is the date MX4 and MX4 Pro users should be able to download Flyme 5 based on Lollipop, while the MX2 and MX3 come next in May and M1 owners later in the year in June!