LeTV could be set for an April 2nd launch or announcement for their new range of smartphones.

The 2nd April is just around the corner, and while the date is famous for being the day after April Fools, it could also be the date LeTV finally make an announcement for their new range of phones.

Already one LeTV branded smartphone has been spotted at TENAA for network approval, while other phones have been see in leaked hands on photos showing Meizu styled device with narrow bezels and either alloy or plastic bodies. 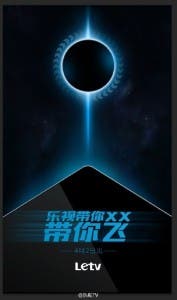 More news today points at the 2nd April for a LeTV themed announcement, either a phone launch or finally a confirmed release date. Along with the date teaser a few more images have shown up too.

These images show what could be LeUI, LeTV’s Android based ROM which was announced last month. LeUI is destined for Android phones, tablets and even cars in China. The UI shows nothing out of the ordinary. A flat style with a clean simple look, and a distinct lack of Google apps.

Next up are these photos of the alloy LeTV model (the version tipped to have a Snapdragon 810 and 2K display). The rear camera placement and LED aren’t anything to write home about but the image of the base does go on to confirm USB C and dual speakers.

Are you looking forward to the LeTV range of Android smartphones?

Previous Leaked roadmap shows when Lollipop will come to Meizu phones, including MX2 and MX3