Mlais are not stopping for air! After the release of their fantastic M52, and new M4 Note they have already prepped a flagship phone for launch at the end of the month.

Mlais have switched their focus from the Chinese mainland to the international phone market and are releasing new phones at record speed. We have already seen, received and had hands on time with the amazing Mlais M52 Note, and recently the M4 was launched with metal frame and 64bit processor, but there is something else waiting in the sidelines.

Rumour has it that Mlais will release a 2015 flagship at the end of April named the Mlais M7. The phone has been designed specifically to go in direct competition with the likes of the JiaYu S3, iOcean Rock and the still unreleased Elephone P7000.

Mlais are being tight-lipped about the full hardware details but did let slip that the phone will have 3GB RAM, an octacore MT6752 processor (so LTE too) and the partial image leaked to us shows a fingerprint scanner on the rear. The image also seems to show that the rear panel is removable and what looks like a metal frame, but these details have not been confirmed. 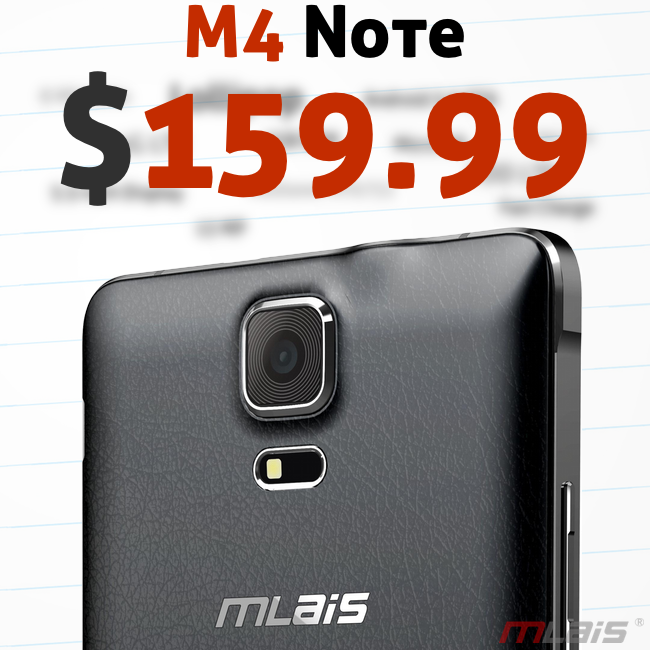 Pricing for the M7 along with full specs are expected throughout the month, while anyone wanting an entry-level phone might want to consider either the M52 or M4 Note both of which are on sale now for $159.99.

Next Ulefone ask fans to be patient for Lollipop update