You may remember a few weeks back we wrote about Siswoo’s new low-cost A Chocolate range of phones, here are more details plus the incredible low pricing of each.

It might be the flagship phones that we like to read about and drool over, but for the majority of smartphone users a low-cost Android phone is more than capable as serving everyday duties.

Siswoo’s A series of ‘Chocolate’ are designed specifically for the phone buyer who cares less about the fastest processors and monster amounts of RAM and is more interested in value. The A range will include the A4, A4+ and A5 each of which share the same basic configuration but with different screen sizes and pricing.

Basic specifications for each phone include a Mediatek MT6735 chipset, a 64bit chip which runs at 1.2Ghz and offers FDD-LTE (B3/B7/B20) network support, and dual SIM standby. The phones will all run 1GB RAM with 8GB internal memory (hopefully there is space for an SD card too).

5 mega-pixel rear and 2 mega-pixel are obvious areas of cost cutting, as are the below HD displays, but at least the phones ship with Android 5.1 Lollipop. 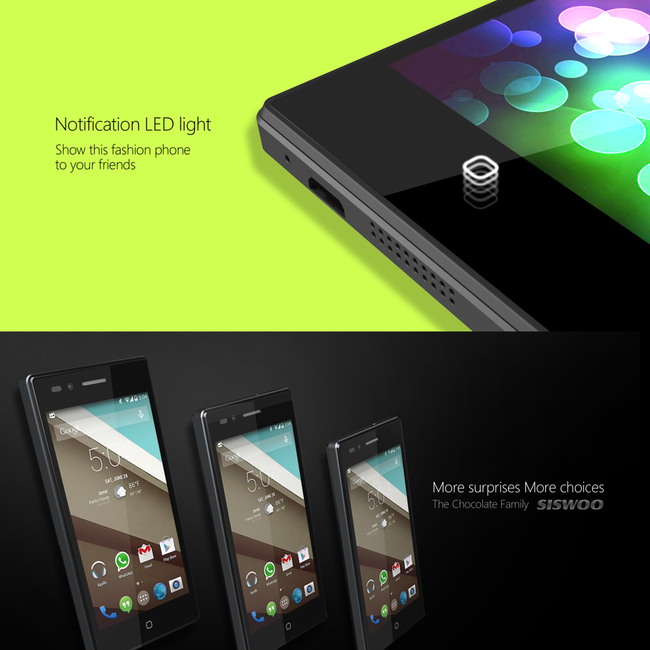 So what do you think of these sub $100 LTE phones? Bargain devices or to cheap to touch?

Next Zeaplus M7 offered at $149 during limited sales