The launch of the next-gen Honor phone from Huawei aka the Honor 7 is only under 24 hours away from now, but the news and leaks don’t seem to stop.

It has now been learnt that the Honor 7 will have not one but two variants. The differentiating factor will most likely by the amount of metal around the device; the ‘base’ model will supposedly have only a metal chassis while the rear will be plastic, while the top-end Honor 7 will have a full metal jacket around it. 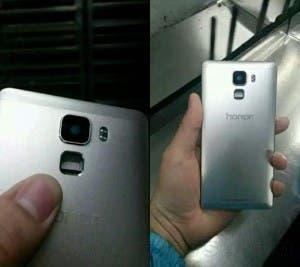 The base model is expected to cost around the US$320 mark, while the metal-clad top-end version will go for more than US$100 over the base model at around US$435. Other details that have leaked about the Honor 7 include a 5-inch 1080p display, HiSilicon Kirin 935 processor, a 16 mega-pixel rear camera and a 3,280mAh battery. Besides, the phone is also expected to feature the now-standard-for-flagships fingerprint scanner.

The official unveil of the phone is set for tomorrow, i.e., 30th June so there’s only a few hours left to go for that.

Huawei isn’t really a name that pops in the head when we’re talking killer flagships, do you think the Honor 7 will be able to change that?

Previous Xiaomi Mi Note now from only 1999 Yuan in China

Next Zopo to release wearable next month?