No, I’m not cursing the secondary backup phone that you have laying around. I don’t have these magic skills yet, but I’ll explain why the need for a secondary phone is reaching its end (Unless you’re an enthusiast, of course). For now, it is still easy to find people with more than one phone, and there are multiple reasons for that. This is usually the case in certain work environments, where you need a business phone and number to keep work matters out of your personal life. According to recent reports, that tendency is “living” it’s final days.

In the past, having more than one phone for business use was truly necessary. Most of the phones had single SIM card slots allowing you to carry just one number in a device. But that changed with the rise of dual-SIM phones. As per the latest report from Omdia, the data of active smartphones in Q3 2022 shows a decline in phones with single SIM card slots. It shows how dominant dual SIM phones are nowadays, and moreover, shows that eSIMs are coming to rule the market in a near future.

How the dual-SIM tech is killing the single-SIM

Dual SIM phones emerged several years ago, even before the existence of smartphones. I saw multiple Chinese knock-offs from BlackBerry, that were innovative for me since they allowed me to have more than one SIM. In fact, some of these devices even allowed you to store three and even four SIMs, but the functionality was subpar. Anyway, the tendency of dual-SIM devices remained intact in the Chinese segment. The rise of Chinese brands pushed this tendency to Western markets and brands.

Back in September 2017, 75% of global phones had single slots while 25% had dual slots. Now, the figure is different. The last count from September 2022, shows that only 15% of total smartphones have single slots. Meanwhile, dual SIM phones dominate the market with 83% of the share. There are even triple-slot phones with a tiny 2% phone. Feel free to mention any of these in the comments section. 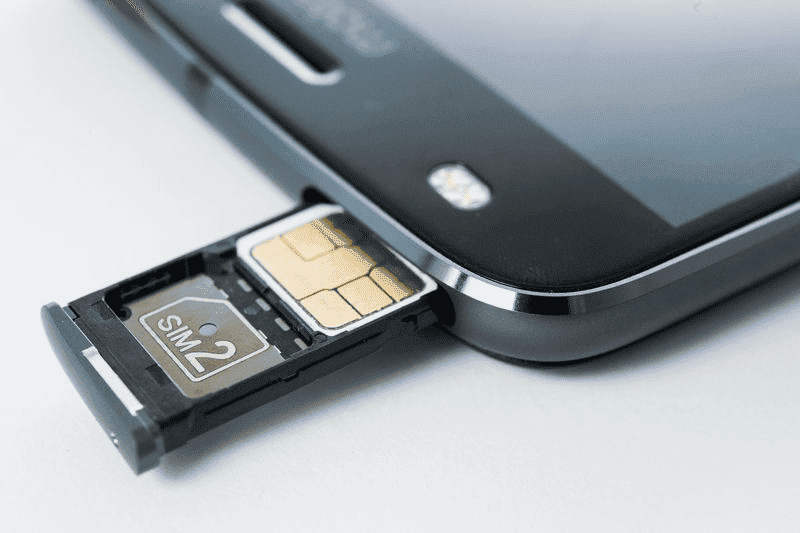 Thanks to dual SIM phones, there is no longer a big need for separate phones for business uses. Nowadays, there are even “Business” versions of apps like WhatsApp, that allow users to keep their business account and regular account on the same device. Since there is no more a real need, we will see a decrease in the smartphone demand and in the smartphone per capita shares. This is good news for the environment since there will be less electronic waste and the production needs will also decrease. Still, this is a controversial move for manufacturers. After all, with dual-SIM phones brands are selling one phone rather than two. The possibilities will be further expanded with the rise of eSIM.

eSIMs will dominate the market

The market share for eSIM phones is still microscopic. But it’s inevitable to consider this tech the next big thing for the industry. This is the real culprit for the end of secondary phones since it expands the possibilities even further.

To those unaware, the “e” in eSIM stands for “embedded” – Yes, it does not mean “electronic SIM”. It’s not a virtual SIM downloaded by software, there is still a SIM soldered in your phone. The only difference is that it’s possible to program this SIM to make it work with different carriers and networks.

One-third of the smartphones already have an eSIM, but that always comes paired with a regular nano SIM slot. This presence, anyway, does not mean actual use. The use rate is below the 1% mark, if not less. This is mostly due to the fact that carriers are still offering physical SIMs by default. Also, there are still several countries that need to implement this tech. Some carriers need you to get a physical SIM before you request a switch to an equivalent eSIM. The process in some cases is inconvenient, and as result, users won’t see a reason to change to eSIM.

Again, these inconveniences are set to die in a near future, along with secondary phones. There is no way to prevent the rise of eSIM as the new standard. There are a lot of benefits in this technology. For example, businesses can offer eSIMS easily to remote workers and allow business travelers to switch to a travel eSIM. That would result in minor expenses with data roaming.

Apple will push the eSIM tech-forward

Apple is one of the strong brands pushing the eSIM tech forward. In the US, the company’s iPhone 14 series is being sold in options with no SIM slots. That means that eSIMs are the only option. As usual, the company is testing this in the US. The global versions still have dual-SIM slots, but it shows a tendency for the future. The rumors say that with the iPhone 15 series, the brand may opt for an eSIM-only take. Or perhaps, it will expand this to the EU. This will push carriers into the change, and also will make other brands follow. 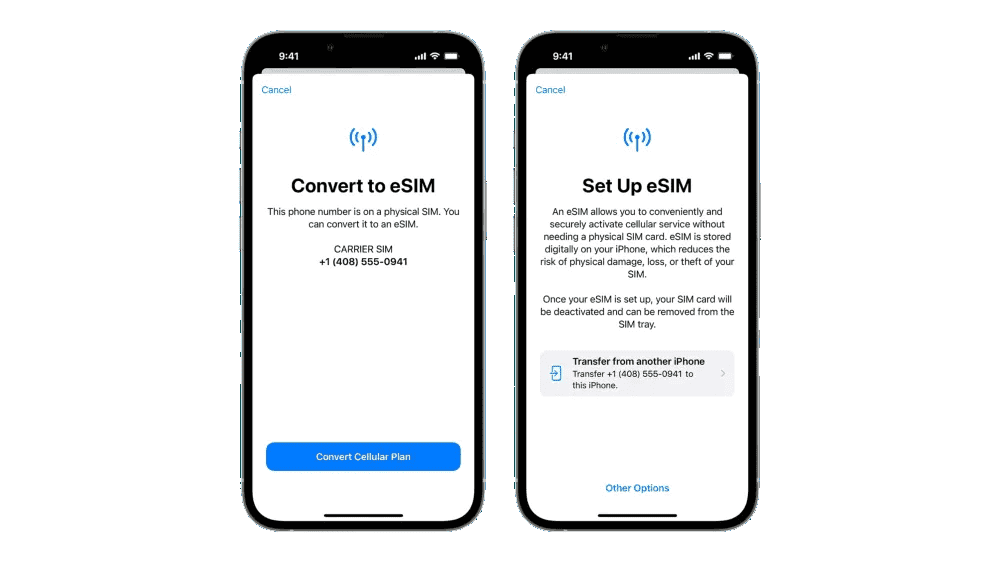 Although eSIMs are getting popular thanks to Apple, the company was not the first to bring them. Google did it with the launch of eSIM Pixel phones in 2018. The iPhones had eSIMs since 2019 with the XR and 11 series. The 13 and 14 series have dual-eSIMs, apart from Chinese variants.

Samsung currently offers eSIM tech on its flagships starting from the Note 20 and S20 series from 2020. It’s also present in foldables. Other brands with support for eSIM include Huawei, Oppo, Xiaomi, and Honor.

As we can conclude, the need for a secondary phone is already dying with the dominance of dual-SIM tech. The rise of eSIM tech is the last nail in the coffin. Of course, if you’re an enthusiast like most of us at GizChina, you’ll be collecting phones like a maniac, just because yes.

The rise of eSIM is something that will not please carriers, but it’s inevitable. They will make it easier to switch networks, promoting competition – good for customers. They will also use less space, meaning extra room for batteries and components. Carriers for sure, don’t have full control of the change. It’s up to smartphone OEMs to push this tendency forward. For now, it’s mostly available in flagship devices which represent a small share of the market. As soon as brands start offering mid-range phones with eSIM tech, we’ll see a significant increase in these numbers.

Next Windows 10 and Office 2021 at the Best Price, and More Discounts at Godeal24 Double 12 Deals!

Does Your Smartphone Support eSim? Check Out From The List: Apple iPhone, Huawei, Samsung, Google Pixel And Oppo

Apple enumerates the benefits of the iPhone 14 series eSIM

Here’s Why Apple’s First eSIM-only iPhone 14 Could Be a Disaster for Most Carriers!