It’s hard to believe that Xiaomi is only a 5 year old company… with 4 years worth experience in making phones. Regardless of where you put up — Asia or the West — it is hard to ignore Xiaomi and its antics.

Through the years, Xiaomi has been accused of being ‘inspired’ by other companies for its designs. You might also know that Xiaomi is also called the ‘Apple of China’ (though with time it’s fast turning into ‘Apple of the East’), something Xiaomi doesn’t seem to like very well. Lei Jun, founder of Xiaomi once said popularly “Xiaomi looks a bit like Apple but is really more like Amazon with some elements of Google”.

It certainly does look like Apple. But its changing, and changing for good.

Xiaomi is known for cutting the middleman, and thus, extra costs involved in getting the phone to the buyer. This also means that Xiaomi phones are significantly more affordable than phones with similar specifications from other companies.

The affordable phone has defined Xiaomi. Brought up in some of the most fierce markets in China and India, Xiaomi certainly knows how to price its devices such that the demand at all times remains higher than supply. Some even suspect Xiaomi hoard supplies to accomplish that. Whether that’s fact or a myth will remain unanswered.

It’s great. A startup comes out of nowhere and catches the biggest of companies napping… it’s a perfect story for a bestseller book on startups.

Like Apple, Xiaomi too seems happy making phones that aren’t bigger than your hands. Of course, it does have an all new line in the Mi Note series to look after the section of the market it ignored for four years, but it does seem like there’s still an inclination towards sub-5 inch phones.

However, in there somewhere, Xiaomi seems to be missing the trick. 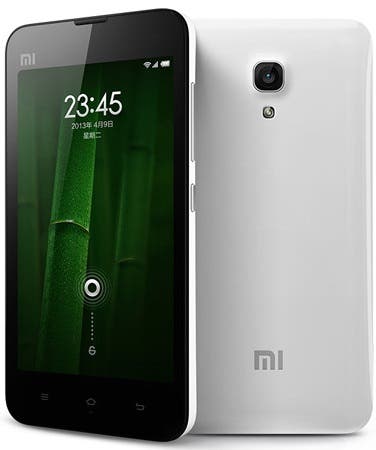 It’s mid-range phones in the recent (and distant) past haven’t really blown our minds as they were expected to. This is because of two reasons: (i) after being surprised by the first few phones, buyers’ expectations usually skyrocket and (ii) they are making some crappy mid-range phones.

Take for example the recent Xiaomi Mi 4i. It was a phone Xiaomi have bet on more than any other device. Xiaomi took the bold move to launch the phone outside of its home country (and not even launch it there) to show they are looking outside merely China.

The Mi 4i promised a hell lot, but unfortunately for its buyers and fans, didn’t deliver. As you will have read from our review of the Mi 4i, the device is an ergonomic gem (if you’re a one-handed user), but a disaster otherwise. The lack of euphemism is voluntary.

Going back, another failed attempt at a mid-range phone would be the Xiaomi Mi 2A. The Mi 2A was launched alongside the Mi 2S (which is one of the best Xiaomi phones ever), and was without doubt (as Xiaomi probably would admit, too) a failure.

What went wrong, then? Wish we had the answer to that.

In retrospect, the entry-level (price wise; pretty mid-range otherwise) Hongmi series that later came to be known as Redmi did exceedingly well. After the success of the Redmi line in various markets, it didn’t take long for Xiaomi to follow it up with a full-fledged flagship (so full-fledged, it almost seems uncharacteristic of Xiaomi) in the Mi Note and consequently the Mi Note Pro. While the Mi Note (review) is certainly a force to reckon with, critics suggest staying away from the Mi Note Pro.

Xiaomi is well and truly one among the top few phone companies that manage to keep buyers and critics interested with their innovation and pricing, but one thing as certain as the writing on the wall: Xiaomi need to start making better mid-range phones if they are to conquer the world market.

Previous ZTE Axon with fingerprint sensor spotted, could be China-only