LeTV seems to be doing quite a few things right. The company’s being talked about quite a bit today, with its new smart TV launched, its willingness to enter the Indian market, and about its LeMall online store going global. Turns out, there’s more.

More in the form of a TV box that the company has just announced. Like most of its other products, the LeTV Box comes in at a very affordable price of just 328 RMB/399 HKD/US$51. With support for H.265 decoding, the LeTV TV box does 4K besides 1080p output.

It’s certainly not the most powerful TV box, and LeTV will hope to make money off buyers through the sales of these TV boxes via its online content. It’s powered by a quad-core Amlogic Cortex A9 processor which runs at 2GHz, and with that there’s 2GB of RAM and 4GB on-board storage, another reminder that LeTV will make you subscribe to online content (not that its wrong). 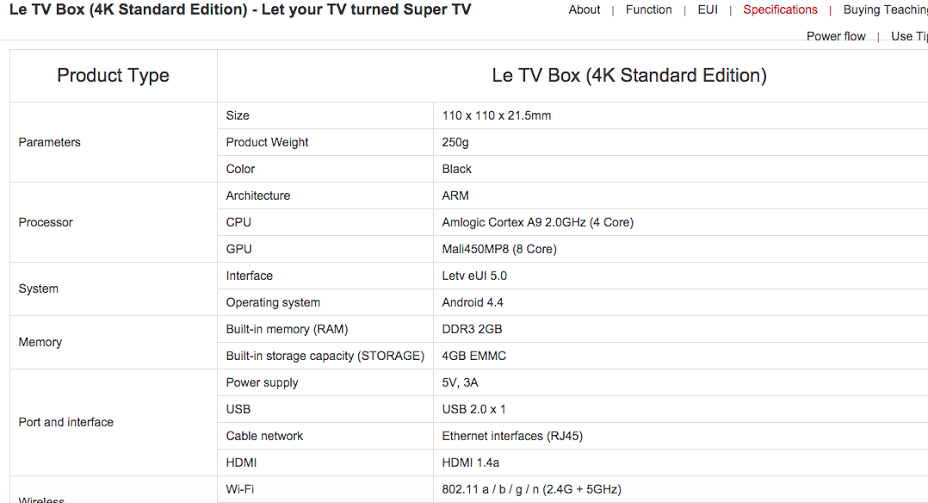 The box runs Android 4.4 KitKat, which is a bit of a disappointment. LeTV will skin the ROM with their eUI 5.0 OS, however, which should add some functionality besides making it look prettier.

Expect resellers to offer the LeTV TV box for anywhere between US$65-80 in the coming weeks.

Next Geekbuying are the latest to list the Xiaomi Mi 4c