Smartwatches should be “smart” (after all, that is why they’re called “smart” watches), but that isn’t often the case. When form and function clash, form is often chosen over what a smartwatch should do. The end result is that most consumers end up with a luxury watch that is just a cheap version of well-known luxury “dumb” watches but doesn’t live up to its “smart” label.

The No.1 D2 smartwatch is meant to provide both elegance and entertainment in functionality without sacrificing to have a luxury watch with no “brains.” The No.1 D2 is built of 60 imported Czech diamonds within the circular display’s rose gold casing while using full-grain, leather cowhide that No.1 says is both “sweatproof and allergy-free.” The D2’s display does have something of a “black tire” at the bottom, as does the Moto 360 (first and second-generations) and some other Android Wear smartwatches, but the No.1 D2 does come in three leather versions: White, Red, and Brown. 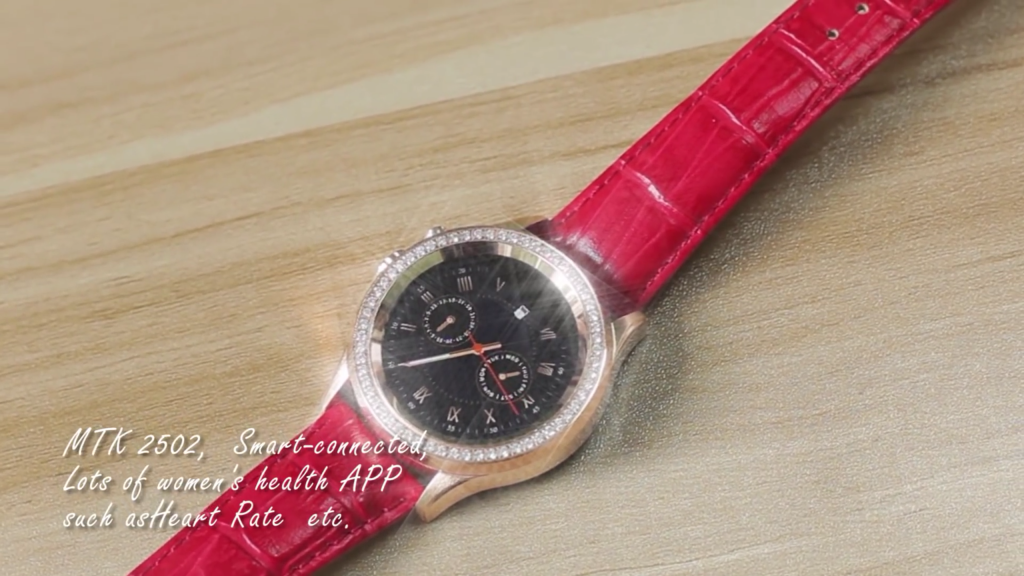 Now, down to the functionality. The No.1 D2 features a circular, LCD screen with a 240 x 240p screen resolution, MediaTek MT2502 processor, Bluetooth 4.0, has IP67 water and dust resistance, 350mAh battery, Android and iOS compatibility, has CVC6.0 broadband noise reduction, a heart rate monitor, built-in high-definition camera for photos and videos (exact MP count not provided), pedometer, sleep monitor, text messenger, music player, calculator, phone dialer, and calendar. No.1 says to not soak the watch, so keep in mind that the “waterproof” claim must be interpreted loosely.

Pricing and availability for the No.1 D2 smartwatch have not yet been provided, but we’ll be back to bring you more details as they surface. Are you interested in getting the No.1 D2?

Next OnePlus Mini or OnePlus Mi Band rival launching October 12th? What do you think

No.1 Xmas giveaway + two new videos for the No.1 G12 smartwatch

No.1 products are up to 50% off for the Black Friday sales

No.1 brand exclusive sales on Gearbest reaching up to 50% discounts