Xiaomi and OnePlus may be arch-rivals on the tech scene, but it looks as though the respective bosses of these young smartphone companies seem to share a rapport that sees beyond the competition between them.

While that in itself is quite an amusing scene, what we’re interested in is the device that Barra held in his hand.

It looks like the upcoming OnePlus X! Take a look for yourself. (UPDATE: It seems as though the phone Hugo’s holding is a Smartisan T2, earlier (wrongly?) believed to be a OnePlus X!) 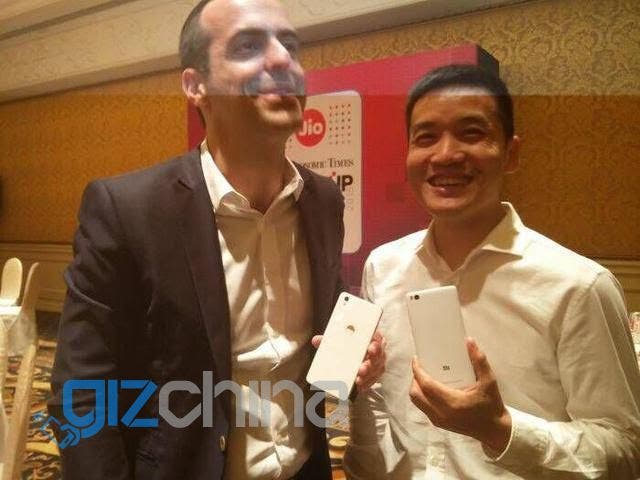 Lau, on the other hand, seems to be in approval of the baby-skin-ish-back of a white Xiaomi Mi 4i/Mi 4c.

What’s cooking here? Without going too much ahead of ourselves, it just seems like a well planned friendly picture, which does no harm to no one.

That said, it is fun to see two of the biggest tech names chilling with one another with a rival phone in the hands!

Previous 2nd Xiaomi teaser for the 19th launch, another tip to Mipad 2 with detachable keyboard?

Next ZTE 3C is a $75 Snapdragon phone with pretty looks

OnePlus TV will be announced in September; Coming to the Indian market first