It’s not advisable to point a flame thrower at your phones battery to see what happens, but this is exactly what Oukitel have done to the 6000mAh cell from their K6000 phone to show just how safe it is.

Now and then horror stories of exploding batteries hit the headlines. Sometimes the phone is sitting in someones back pocket when the battery erupts, other times on a bedside table, and even while on charge.

This last point is especially of concern since most recent Chinese device come with some sort of fast charging technology which can seriously increase the heat of a cell while topping up. But not to worry, at least if you opt for an Oukitel phone at least! 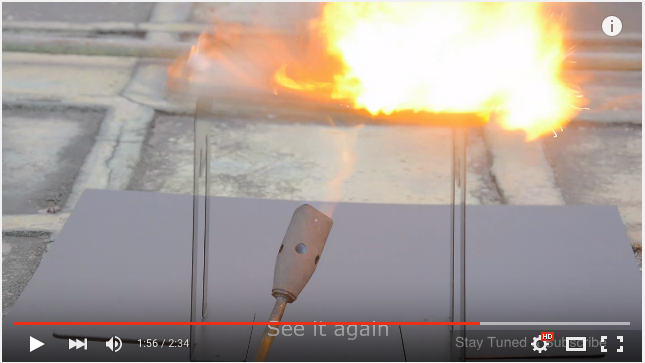 If you didn’t watch the video above I suggest you do as it shows a 6000mAh Li-Polymer battery being baked on a metal plate via a flame thrower. After 27 seconds the battery splits, but fails to catch flame or explode. On the other hand a Li-ion battery (of a much smaller size) is subjected to the same test and turns in to a fiery fireball after only 18 seconds!

It is a seriously dangerous test to try and perform yourself so don’t be silly and try this yourself!