OnePlus is sending press invites for the 29th October launch, which is expected to take place simultaneously in a few different cities in the world, including New Delhi, New York, San Fransico, London, Beijing, and Jakarta.

The event is expected to be for the unveiling of, naturally, the OnePlus X. But what is the OnePlus X? Rumours are rife about the device. 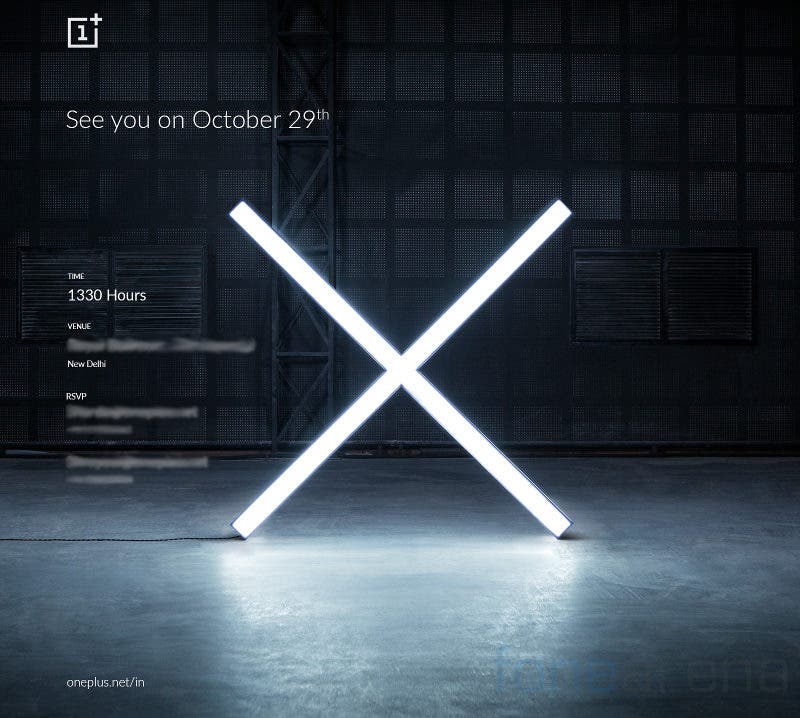 While some believe the OnePlus Mini is the Helio X10/Snapdragon 801 powered phone we’ve been seeing through leaks, OnePlus X is a wearable along the lines of the Mi Band.

Nonetheless, there’s only a little over a week’s worth of waiting to do. That said, don’t wait with bated breath!

Meanwhile, let us know in the comments section below what you think the OnePlus X will be. A OnePlus smartwatch/wearable has been long rumoured; it all started even before there was another OnePlus phone scheduled for launch this year.

Previous Xiaomi products get a price hike in Malaysia