UMi is preparing its next-generation device, to be called the UMi Iron Pro, and, as always, color options are a big part of choice for customers. In Android, where customization is praised as king, you can bet that customers don’t want the usual black and white (or some sort of metal gray) choices as the only color options available. Well, UMi will be joining the “rose gold” color option party, with a Rose Gold UMi Iron Pro in the works.

While UMi will add a little color variety to its lineup, the UMi Iron Pro will also feature a 5.5-inch, Full HD display with a 1920 x 1080p screen resolution, an octa-core MediaTek MT6753 processor, 3GB of RAM, 16GB of ROM, and USB Type-C charging. Where UMi’s Iron Pro stands out, however, is in the area of security. There will be three security options for the Iron Pro: 1) fingerprint recognition, which has become a trend since Apple’s implementation in the iPhone 5s; 2) voice recognition, which hasn’t been picked up as much but is a nice compliment to the use of voice command assistants nowadays; and 3) EyePrint ID, which can best be thought of as a retina scan verification feature. UMi Iron Pro will be a tangible example of the futuristic movie Minority Report from the early 2000s.

The UMi Iron Pro may follow a color option trend set by Apple, but the company is setting a security trend of its own. We hope the retina scan security feature takes off in the coming days and weeks with new devices. 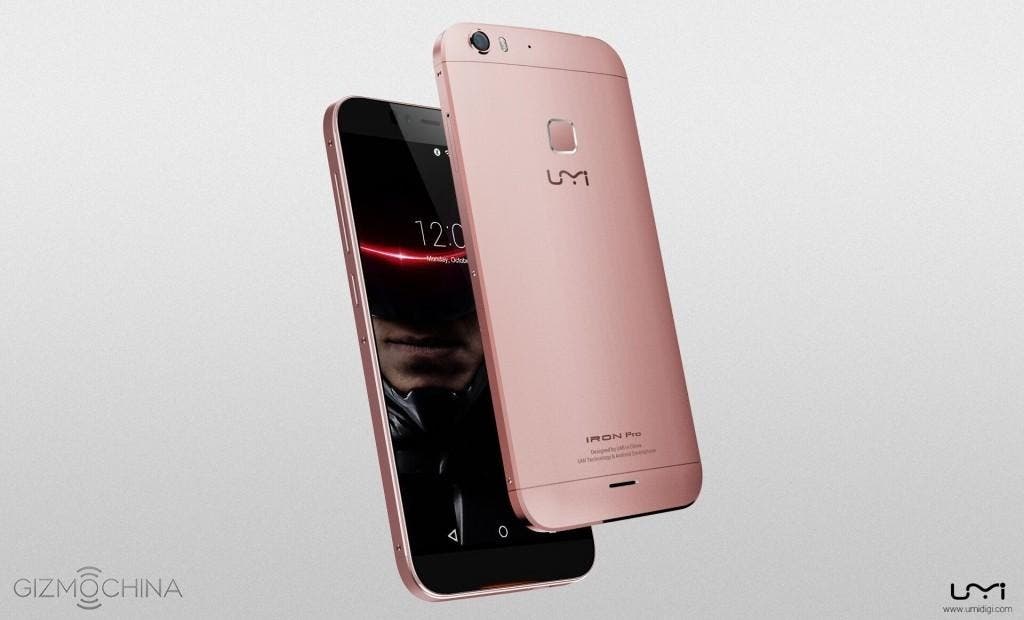 Previous You can now order the ZTE Axon Elite

Next Elephone Vowney can now be reserved from $239.99