THL are a name that original GizChina followers will be very aware of, but this year the firm have been strangely quiet kicking up rumours that the phone maker and disappeared. Rumours of their demise might have come a little too early though.

At the start of this year we saw that THL released the THL 2015. The phone was meant to be their flagship model and featured details including a new design and rear fingerprint scanner, however shortly after the launch the phone maker went strangely quiet.

The lack of THL news brought up rumours that maybe they had closed shop, but a recent video shows that the brand is still very much alive and that they plan to launch a new phone named the THL 2016 for next year.

It appears that the owners of THL have been concentrating on OEM products and created a new brand named DEXP, but the THL name lives on with the THL 2016. The phone was spotted by GizChina reader Sam Evans who mentioned that a THL 2016 and THL 2016C are both planned.

The phone design and specifications appear on the video at 13:57 where we see the camera pan around and show a gold bodied device. Freezing the video at the right spot we can see that the THL 2016 features specifications normally seen on mid range devices. 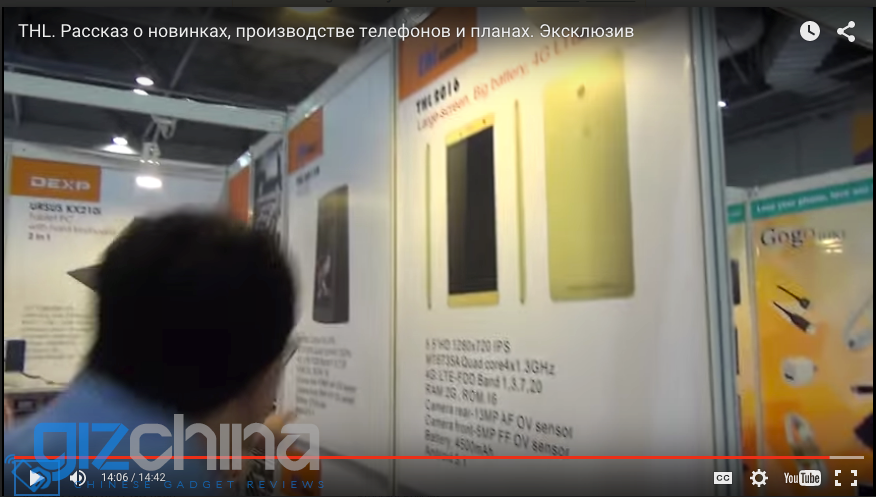 The phone will come with a 5.5-inch 1280 x 720 display, 1.3Ghz Mediatek quad-core processor, 2GB RAM, 16GB internal memory, 13 mega-pixel OV rear camera and 5 mega-pixel OV front. From what we can see the 4500mAh battery and slender gold design look like the main highlights. 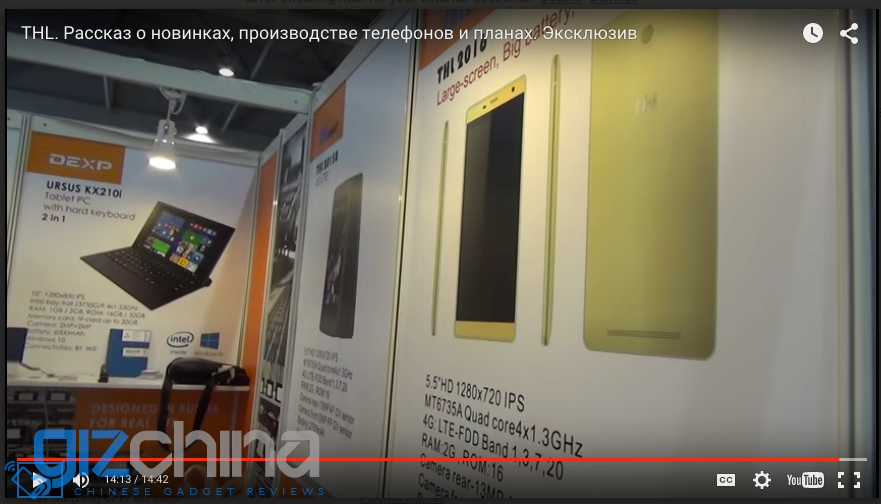 The THL 2016 isn’t the flagship that many of you were hoping for, but the fact the brand is still alive and kicking could mean further phone developments throughout 2016.

Next It's time for drone fans to get excited! Xiaomi working on a UAV!

THL surges back to life with the new Knight 2

Remember THL? They now have a health check device up for crowdfunding!