THL is a company quite a few of you older readers might be familiar with. For the uninitiated, THL is the company behind some of the old classic Chinese droids like the W11 Monkey King, T11, 5000T and 2015. These devices were all popular and quite decent devices in their own ways.

Now, the company seems to have made a resurgence with their new device, the THL Knight 2. The device made its first appearance on the company’s formerly barren Facebook page, which is now full of the device. It’s also on their website, next to their other older devices. 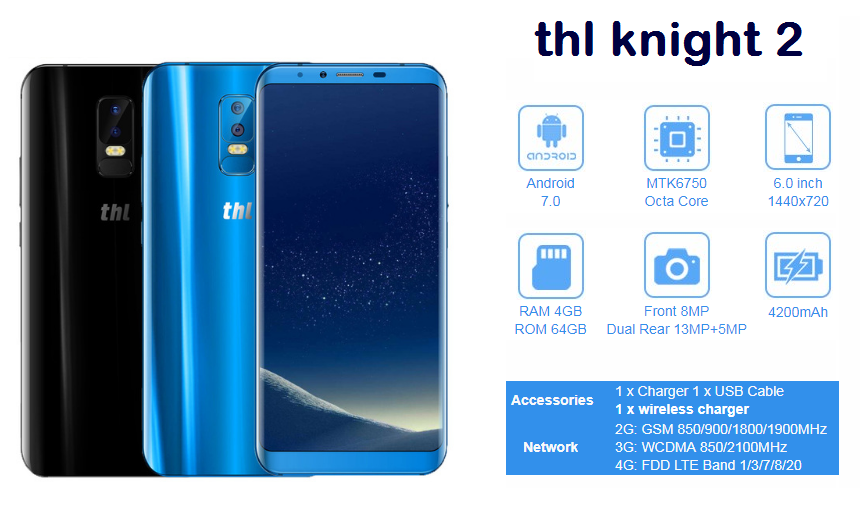 Going with current trends, the Knight 2 looks like a more angular Galaxy S8. The specs are typical mid-range material, which means an MTK6750 CPU, a 6″ HD+(18:9) display, : 4GB of RAM and 64GB of internal storage. It’s not clear if the storage is expandable, though we’d assume it isn’t.

One fairly impressive thing is the device’s 4,200mAh battery, which is pretty huge. Outside of that, there’s not really much to talk about. We’re definitely looking forward to the Knight 2, though it’ll need to be really dang good to compete with the abyss of mid-range devices currently out.

Previous Xiaomi to open up Mi Store in Italy