The guys over at Lenovo’s ZUK sub-brand are moving forward with the Marshmallow plans and have shown the latest Android OS running on their flagship Z1 on Weibo.

Before all you international ZUK Z1 owners get to excited about seeing Android 6 on the Z1, checkout the information in these images and you’ll see that this ROM is a ZUI version. Still it is good news, and we are sure that the CyanogenOS team are working away to bring an Android 6 based ROM to non-Chinese phones. 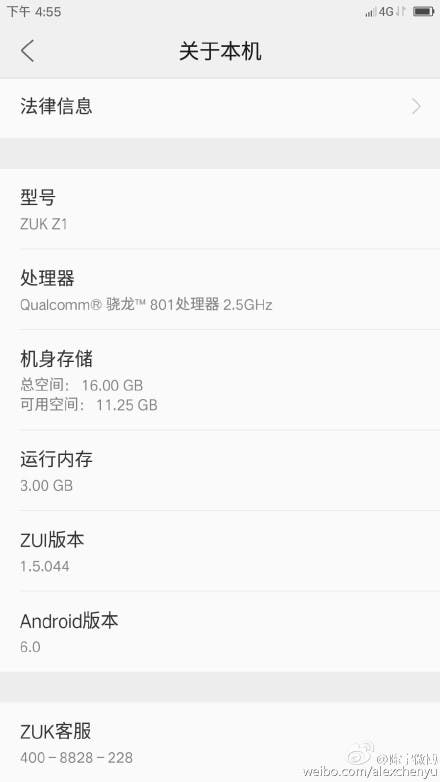 The ZUK Z1 launched earlier this year with official CM support, Snapdragon 801 chipset, 3GB RAM, 64GB internal memory, fingerprint scanner and 4000mAh battery. Although a bland looking phone, the device is find fans thanks to the blazing performance and amazing battery life.  For those interested in the ZUK Z1 check out our free shipping offer for EU citizens, details here.

Next Elephone's 4K action camera goes on sale from $69.99