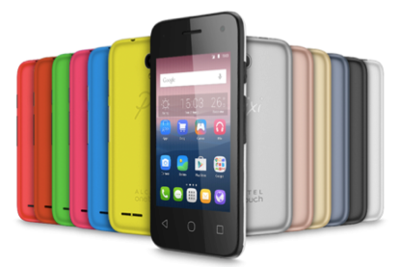 Alcatel OneTouch have announced their newest Pixi series of
smart devices, the Pixi 4.

The series includes three new phones and a tablet. While complete  specifications of the devices aren’t yet available, what we can tell for now is that they’re going to be fairly affordable.

The phones will come in three different screen sizes of 3.5-inches, 4-inches and 6-inches respectively while the sole tablet from the Pixi 4 series will boast a 7-inch screen.

What Alcatel OneTouch have revealed though is that the 4-inch, 6-inch phones and the 7-inch tablet will have a powerful ‘quad-core’ processor.

Compared with other smart devices in the same segment, the PIXI 4 family offers an unprecedented user experience thanks to features like Arkamys optimized speakers and Polaroid filters

It is evident the phones wont be the most powerful around, but it’ll still be interesting to see how they’re priced.

Next Coolpad will bring monthly security updates to phones